Home » What can we expect from the airport expansion at U-Tapao? 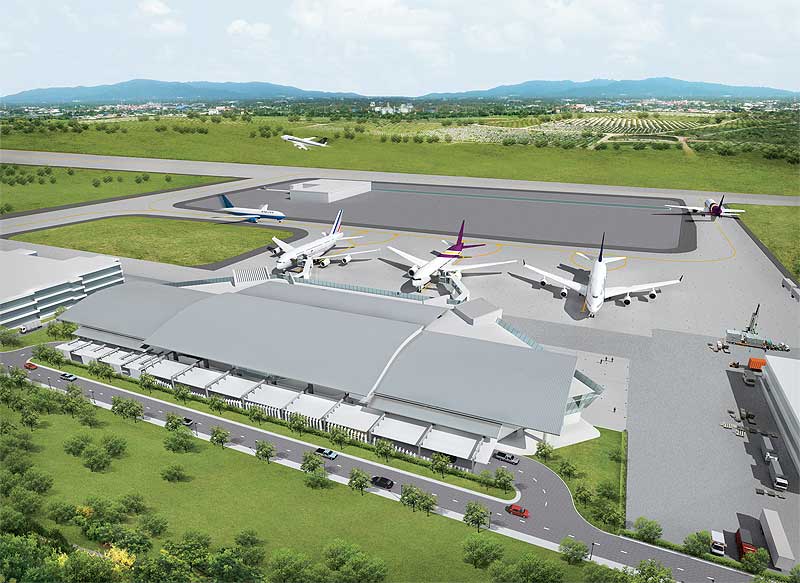 What can we expect from the airport expansion at U-Tapao?

Pattaya is increasing in popularity all the time with visitor numbers from almost all areas of the world rising annually. It is therefore little surprise that U-Tapao airport in Rayong province, just 30km from Pattaya is expanding.

The airport is already popular with the domestic carriers such as AirAsia, Bangkok Air and Kan Air, with China Southern Airlines also having many flights to and from the airport, but it is hoped that the expansion with not only be good for local business on the Eastern Seaboard, but also be beneficial for tourists.

The airport certainly has big plans for the future and these will be hugely beneficial for tourist hotspots such as Pattaya. There are already plenty of flights operating in and out of the airport from China and Russia but the intention is to encourage other European carriers to use the airport. This will bring more international visitors to the area and greatly reduce the transfer times from airport to hotel – making these destinations seem even more attractive.

The Board of Investment (BOI) is naturally delighted with the expansion plans and see this as an even greater boost for an already thriving local economy. Many large companies who are connected to the aviation industry such as GE, Chromalloy and Triumph have already made significant investments in Thailand, particularly the Eastern Seaboard, as they look to take advantage of the country’s highly skilled, ancillary industries.

“Aerospace and aviation are key industries in Thailand,” said Korbsiri Iamsuri, Director of Thailand Board of Investment in North America; “The expansion of the U-Tapao International Airport for commercial traffic and for maintenance and repair operations, will further enhance our already strong offering in the aerospace sector.”

It is not just the BOI who are delighted with the expansion of the airport, developers, investors and most businesses in Pattaya will rubbing their hands with glee. Long term visitors in the form of working expats are also like to increase in the city as it is the destination of choice for many. An increase in expats when coupled with an increase in tourists only spells a bright future for the city and gives it a firm foundation on which in can grow still further. The city is booming and it seems that everyone wants to be a part of it, something that can only be good for Pattaya and indeed the rest of Thailand.

The Ferry Finally Makes It