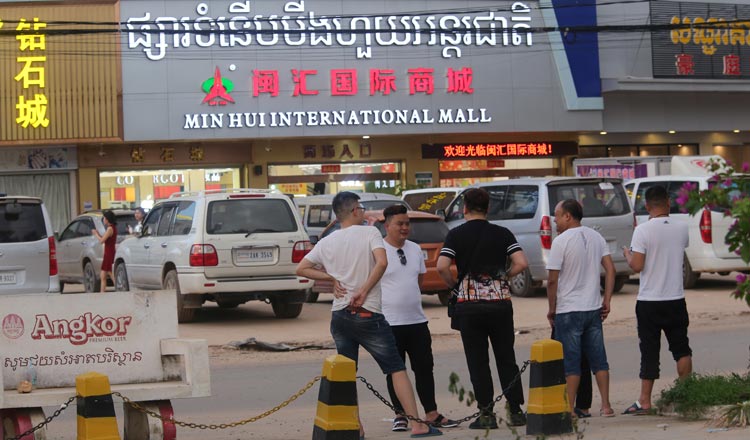 A Thai woman who was rescued from a call centre gang in Cambodia she was lured into working for has recounted the horror of her ordeal including being tortured and later abducted.

The woman, whose name is being withheld for her own safety, was among eight Thais, one man and seven women, who returned to Thailand through Sa Kaeo on Wednesday evening after they were rescued by Cambodian authorities.

The 25-year-old resident of Bangkok told Pol Lt Gen Surachate she was tricked into working for a Chinese gang in Sihanoukville.

She said she was physically assaulted and detained without any food when she refused to work for the gang that was profiting from defrauding Thai people in a call centre scam.

The woman said she was tortured by gang members who applied electric shocks to her body as they pressured her to find someone to pay a ransom in exchange for her freedom.

She finally managed to escape and hired a car to take her from Sihanoukville to Poi Pet on the border. But on the way there the driver stopped to pick up another man and later claimed he was too exhausted to drive anymore, adding they needed to stop over at a hotel to rest.

The woman said all she could remember was losing consciousness at the hotel and waking up to find herself back in Sihanoukville with several bags nearby full of her blood, which had been taken from her body while she slept.

She was later taken by her abductors to several other hotels on a trip apparently heading to the Cambodian-Vietnamese border.

While travelling she stopped to buy some water to drink and came across a Thai woman with whom she left a written note asking for help. This led to her being rescued.

In the interim, her blood was drawn once again before she was given electric shocks by the gang until she was unconscious, in what she believed was an attempt to steal her organs.

Fortunately, she was rescued before anything worse happened, she said, adding she was later sent to a hospital in Poi Pet for treatment and nursed back to health.

She was then deported to Thailand along with the other seven people.

Pol Lt Gen Surachate said an investigation found the Chinese gang had mentioned in a Line group chat that a victim whose blood had been drawn was about to die.

The victim also told the police she saw surgical knives and believed that after no more blood could be drawn from her, the gang planned to steal her organs including her eyes and liver for sale.

“There are possibly close to 3,000 Thais working illegally in Cambodia, about 90% of whom are illegal migrants,” Pol Lt Gen Surachate said.

In about two weeks’ time, Thai and Cambodian authorities will jointly carry out a major crackdown on illegal Thai migrants in Cambodia, in a bid to prevent more people from falling prey to such call centre gangs. 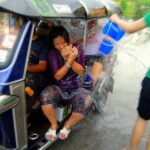 People urged to get vaccinated before Songkran