The Cabinet on Tuesday agreed with the Finance Ministry’s proposal in a draft bill to collect a windfall tax from property owners benefiting from expressway, mass transit, high-speed rail, airport and other infrastructure projects.

The draft bill will soon be sent to the Council of State – the government’s legal advisory body – before being submitted to the National Legislative Assembly to have a final say on its content.

The Finance Ministry wants to collect taxes from those who benefit from government infrastructure projects such as expressways, double-track rail, high-speed rail, mass transit, airports and ports.

Tax would be imposed on a property’s value-added price derived from being located close to an infrastructure project, within a radius of 5 kilometres.

Those who own land, condominiums or office buildings would be subjected to a transaction tax rate with an upper ceiling of 5 per cent on the value-added price, although the applied rate would be finalised later, said Pornchai Theeravej, finance and economics adviser to the ministry’s Fiscal Policy Office.

Under the draft law, there would two instances for tax collection: before and after the complete construction of an infrastructure project.

In the first case, during ongoing infrastructure-project construction, transactions of condominium units or land would be subject to tax with no exemption.

After complete construction of an infrastructure project, the transaction of property for commercial use worth more than Bt50 million would be subject to tax, but residential and agricultural use would be exempted.

The tax base of a property’s price would be evaluated by the Treasury Department, and not be subject to the market price. 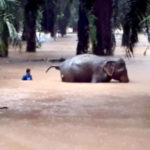 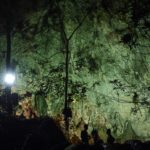