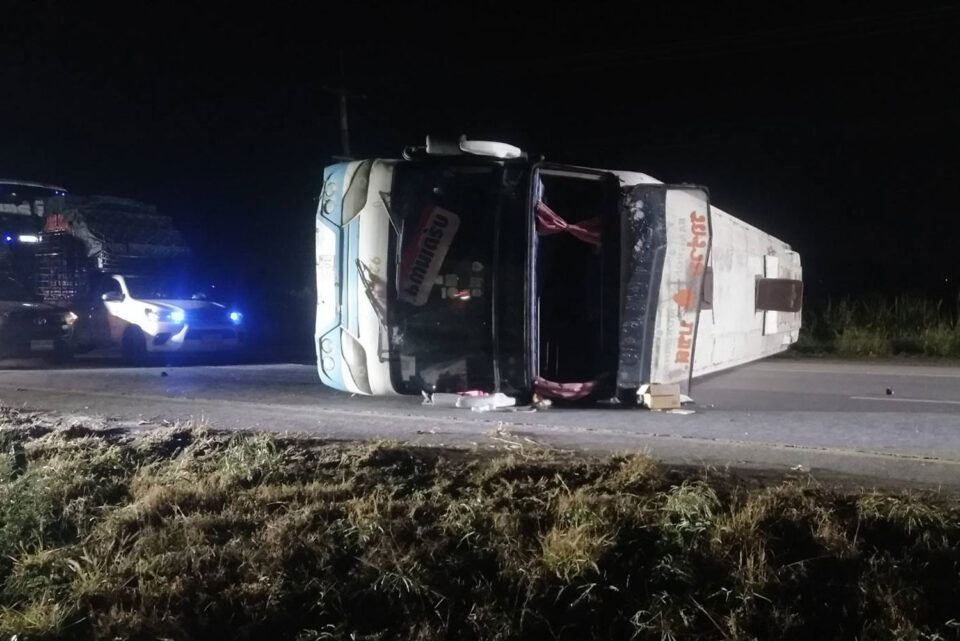 Six passengers were injured when a Bangkok-bound interprovincial passenger bus overturned in Non Sung district in the early hours of Saturday.

The Bangkok-Mukdahan bus overturned at kilometre markers 189 and 190 on Mittraparb Road when police arrived at the scene, said a police officer on duty at Non Sung police station. He received a report of the incident at 2.10am on Saturday.

All injured passengers were taken by rescue workers to Non Sung Hospital.

Bus driver Sombat Boonsomya, 67, told police that the bus was travelling from Mukdahan province to Bangkok with 20 passengers on board.

Mr Sombat said he lost control of the bus when he tried to overtake a truck, causing the bus to veer off the road and overturn.

It was raining at the time and the road was slippery, causing him to lose control of the vehicle, according to the driver.

Police would further interrogate the driver and other witnesses to find out the actual cause. 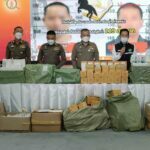 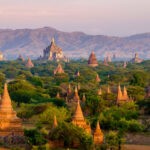 Myanmar to reopen to international tourists