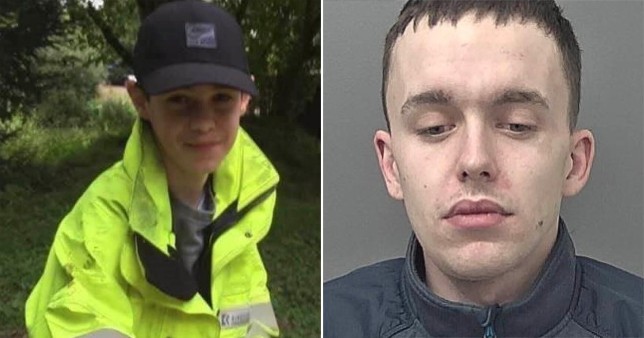 A man has been given life in jail for murdering his younger teenage friend whose body he dumped in a river in Hull.

Cole Jarvis, 22, strangled and drowned Connor Lyons, 17, over whom he held a ‘dominant’ role in their supposed friendship.

Connor’s body was found among the mud and reeds of the banks of the River Hull in Ennerdale on the morning of January 19, a day after he died.

Jarvis denied murder but was found guilty by a unanimous jury last month. He gave no evidence in his defence.

The trial heard the pair spent hours together and went out at night hunting for animals such as rabbits.

However, with Jarvis more than four years older, the relationship was unequal and he abused his seniority by constantly bullying, assaulting and belittling Connor, who was described by the judge as ‘vulnerable’.

Jarvis hatched a plan to rob Connor of his bike, phone and valuable gold bracelet but the scheme went badly wrong.

Hull Crown Court heard he strangled him, possibly using a ligatgure, and then either intentionally submerged him in the river or left him for dead on the bank.

Jarvis ‘winked and nodded’ to his family as judge John Thackray QC jailed him for a minimum of 24 years, Hull Daily Mail reported.

The judge said: ‘You plainly saw Connor Lyons as someone who you could bully and take advantage of.

‘You planned to rob Connor Lyons of his mobile phone, his expensive bracelet and his bicycle.

‘At the scene of the robbery, if not earlier, you then formed the intention to kill Connor Lyons in order to avoid detection.’

Connor’s mum Kelly Lyons, whose son planned to become a plumber, said: ‘I feel like I can never begin to live without him.

‘We are in a living hell. We have no answers. No reasons. Only one man does and nine months later he still refuses to say anything.

‘Connor was a cheeky, happy go lucky, kind-hearted, and sweet boy full of potential. He never got the chance to fulfil this potential as an adult.’ 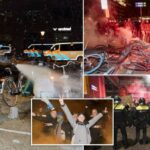 Netherlands goes back into lockdown with a fight 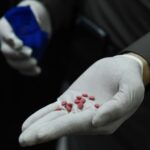