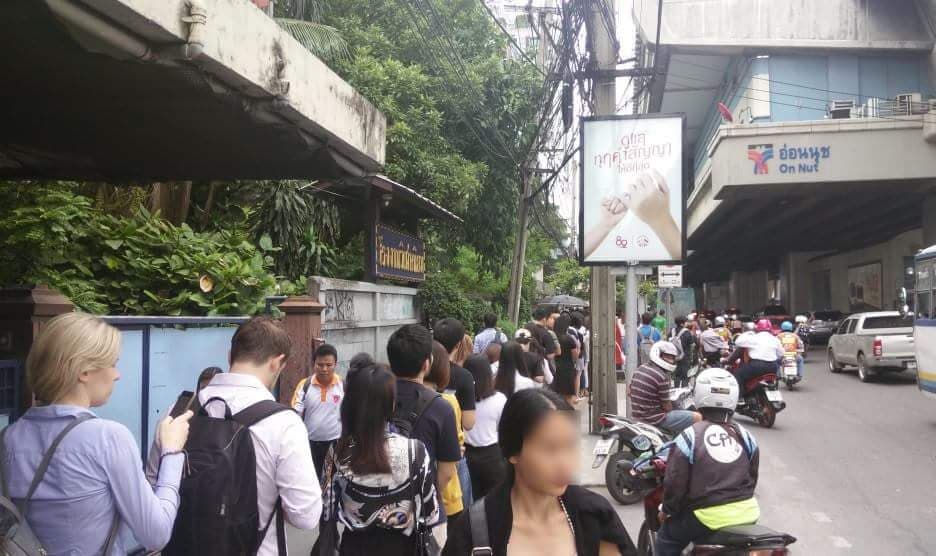 BTS announced via its Twitter page at 6.15am that the signal system at Siam station had malfunctioned, causing trains on the Sukhumvit route to move slowly, with a knock-on effect to the Siam line too. The message said technicians were trying to fix the problem as soon as possible but warned there might be a build-up of passengers at all stations.

At On Nut, for example, passengers had to form long queues by the side of the road because the station itself had become too crowded and couldn’t take any more people in.

The operators then delivered a follow-up message 35 minutes later (6.50am) that the signal system had malfunctioned on both the Silom and Sukhumvit routes and said all trains would be delayed by 15 minutes.

In a third message, at 7,15am, BTS said the delay was expected to be cut to 10 minutes.

An hour later, BTS said the signal system on both the Silom and Sukhumvit lines was still faulty, causing the trains to move slowly – and said technicians were still trying to fix the problem.

Many passengers posted photos on Facebook of crowded BTS stations and cried foul, saying the operator should take responsibility.

They said some stations were so crowded that officials had to organize queues in the street before allowing people to go up in an orderly manner into the stations.

One woman passenger said the problem didn’t end there – she had lost about 30 minutes, having to keep changing trains and then finding herself on others that had come to a complete halt.

Others complained that similar problems had occurred too often and BTS should make sure it stopped happening again, especially during rush-hour. 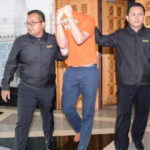