Home » Britain on course for no-deal Brexit under Johnson

While the bloc is still hopeful of securing a deal, their reaction to Downing Street suggests that they now seriously acknowledge the very real possibility that Johnson will indeed dig his heels in and stick to his guns regarding a no-deal Brexit, whatever the economic cost.

If the UK does go through with a no-deal Brexit, it’s likely to impact the most vulnerable in society. Most of the political class, including Nicola Sturgeon leader of the Scottish National Party, have also warned against a no-deal Brexit.

While it’s impossible to know whether Johnson is bluffing or if the writing really is on the wall regarding a no-deal Brexit, the impact has already and will continue to be felt.

Johnson and his team remain ideologically committed to a no-deal Brexit whatever the cost, despite the evidence that doing so would severely damage the UK’s economy. 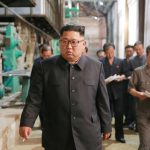 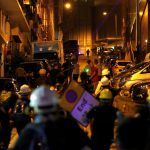 Mark KellyJanuary 29, 2020
A tsunami warning is in effect in Jamaica, Cuba and the Cayman Islands following a...
END_OF_DOCUMENT_TOKEN_TO_BE_REPLACED