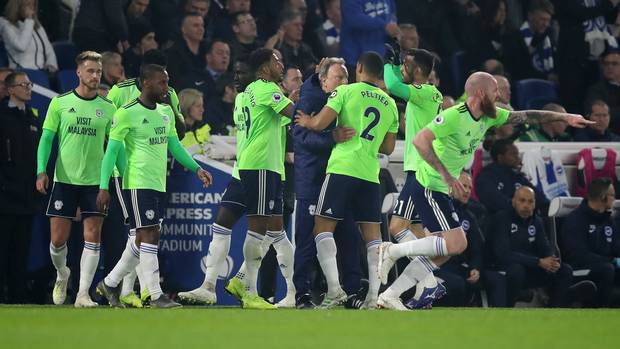 Cardiff Are Still Digging Deep And Still In With A Chance Of Staying Up Whilst Brighton Are Sinking Fast! Match Highlights. Player Ratings. Manager Comments, And Stats.

Birmingham born Nathan Mendez-Laing turned 27 on Monday but with a big game on Tuesday any birthday celebrations might have been put on hold.

Mendez-Laing began his career with Wolverhampton Wanderers but he never made a first-team appearance. They sent him out on loan and he made 66 loan appearances between 2010 and 2015. Peterborough United (33) Sheffield United (8) Portsmouth (8), Shrewsbury Town (6), and Cambridge United (11).

Peterborough must have been impressed as they signed him in July 2012 for an undisclosed fee that could have been close to £250,000. As a real Peterborough player, he made 51 appearances scoring four goals. One less than during his loan period.

In August 2015 he joined Rochdale where he went on to play 71 games scoring 15 goals. Keith Hill, Rochdale’s manager at that time, commented that he had undoubted talent but needed to work on his fitness. Don’t we all!

Cardiff signed him in May 2017, as a free agent, and he played 42 games in their promotion to the Premier League season. During Cardiff’s third game in the top flight, against Huddersfield, he badly injured his knee and missed the next three months of the season.

Before the Brighton game, he’d started six Premier League games but never completed 90 minutes so there could be something in Hill’s  comments during his Rochdale days. At the Amex Stadium, he completed 79 minutes. But that didn’t matter as in the 22nd he made a massive impact.

Out on Cardiff’s the left he shared possession with Josh Murphy before Murphy played it back to Mendez-Laing just outside the left of Brighton’s 18 year-box. Two seconds later the ball flew past Brighton’s keeper Mathew Ryan and into his top left-hand corner. It was a stunning curling effort and Ryan had no chance. The birthday boy now had two reasons celebrate.

Sean Morrison, with a header from a free kick, made it two on 50 minutes and the whole team just needed to hold on for another 40. Brighton pushed. Glenn Murray hit the bar. But Cardiff held on.

Do Cardiff Deserve To Stay Up?

Yes! Having done the double over relegation rivals Southampton and Brighton the answer to that question has to be yes. But it’s been a rough season for Cardiff with off-field events, far bigger than just a game of football, casting a huge shadow over their season.

But seeing Neil Warnock, unemotional and without ranting in a VAR Premier League season, might be worth watching! Or will it? For some, the emotional rants might be missed!

Man of the match: Sean Morrison

“We are alive and kicking. We’ve made it interesting. It’s better than us being relegated so it’s going to be a good game on Sunday – a full house [at the Cardiff City Stadium]. We’ve got three or four games altogether and we’ve got to do the best we can.

We’ve still got a difficult run. We were 20/1 on to get relegated at the start of the season so it will be a little bit better than that. We feel we should have a lot more points really.

“The Chelsea thing hurt us really but all credit to the lads. They keep going and we didn’t need any help today, the team did everything right and we deserved the win.” 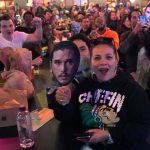 ‘Game of Thrones’ fans fired up for final season