Home » ‘Game of Thrones’ fans fired up for final season 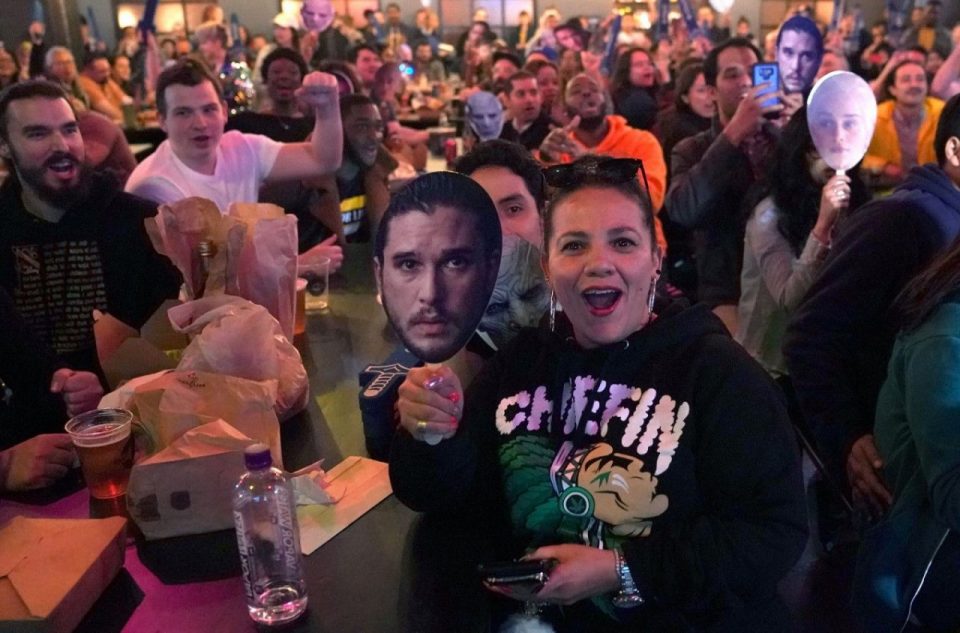 Three hundred die-hard Game of Thrones fans laughed, howled and moaned their way through the premiere of the hugely popular fantasy saga’s last season in New York on Sunday.

More than an hour before the episode began, a crowd gathered at central Brooklyn’s Understudy bar and broke into raucous shouts as the first notes of the famous theme music rang out.

Almost 20 months after season seven finished, “GoT” aficionados finally got their fix — and their fill of a Jon Snow cocktail, specially concocted for the occasion in honor of one of the main characters.

The nine most tweeted words Sunday morning all had a link with the world created by author George R. R. Martin, a sign of the immense popularity of the HBO series.

The name of character Bran Stark took first place, mentioned in more than 500,000 tweets by 0500 GMT. Bookmakers consider him the most likely to wrest power and reign over the seven kingdoms.

A number of masks and get-ups were brought to the Brooklyn screening, with a homemade, Jon Snow-inspired costume with strong fantasy and medieval overtones the clear crowd favorite.

One young woman with peroxide blond hair styled a la strongwoman Brienne of Tarth brought along a gnashing papier-mache dragon hand puppet she had made for the occasion.

To add a little spice to the night, some fans played a game based on which character would survive the longest in the bloody, deadly world of Game of Thrones.

The ruler with the wind now in her sails, Daenerys Targaryen, was selected by Jean-Louis Baron.

Many choose to watch the richly layered series at home so they don’t miss any of the nuances, or have the option of watching a single scene multiple times.

But some, like Robin Akyigit, decided to make an exception for the start of the final series and make it “more of an event.”

“One of the reasons why I wanted to be here was to get everybody’s reaction,” he said. “I love hearing the audience.”

“Luckily, the sound was great,” said Alejandro Hernandez who had come up from Miami.

“I was kind of afraid we were going to miss some of it because of everybody talking but everybody was pretty quiet when they needed to be.”

The crowd of connoisseurs largely restrained their reactions — but there were moments when they burst into laughter, and at times there were tears too.

“I would definitely give it an 8 or a 9,” said Hernandez after the lights came up, adding: “It was pretty exciting to have them all back after so long.” 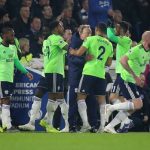 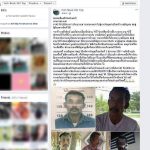