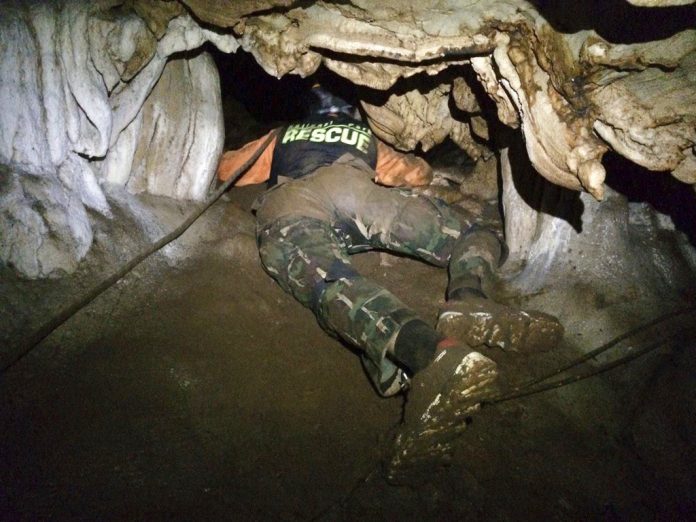 All 12 boys and their football coach have been found alive after nine days missing in caves in Thailand, the regional governor says.

The governor of Chiang Rai announced at about 10:30pm on Monday that Navy SEALS have located all missing youths and and their coach from the cave they went missing in nine days ago.

The news was immediately with cheering as word spread that despite diminishing hopes after a long and difficult rescue operation, all footballers were found inside the Luang Khun Nam Nang Non Cave complex in Chiang Rai tonight.

Rescuers had been pushing toward a chamber where they had pinned their best hopes on the possibility of finding the football team and coach who had vanished inside on a visit sparking a massive rescue effort including the military and teams from the United States, Japan, China, Australia and more

According to a brief press conference held, the immediate plans are to pump water out the cave and transport doctors and nurses to their location according Gov. Narongsak Osottanakorn. They will assess the conditions of all 13 – 12 footballers aged 11-16 and their 25-year-old coach – before determining the best course of action to extracting them safely.

Rescue teams recently set up a base camp inside the cave spending days battling mud, flooding and torrents of rain. The rain let up in the last days of the search, which helped lower water levels while drilling wells to help succeeded after days of disappointment.

Dozens of shafts found on hills above the cave were also explored to see if some could provide access to the missing 13. Care packages with food, notes, maps and flashlights were dropped through them this last few days in a hope that the boys might found them.

The 12 boys and coach went missing June 23 after football practice. It prompted one of the biggest and most intense search and rescue missions in the nation’s history which saw support pouring in from across the country and the world.

Experts from Myanmar and Laos also joined the effort led by about 1,000 soldiers, rescue workers and volunteers from several government departments and private organizations.

Sources have said that they will try and take out the boys tomorrow as they need to take out more water first.

All 13 are safe, the governor confirmed, speaking after a mammoth search operation in the Tham Luang caves in Chiang Rai.

Rescuers had hoped they would find safety from flooding on a mound in an underground chamber.

The group’s plight gripped the country and led to an outpouring of support.

Rising water and mud had impeded the search by divers.

The boys aged 11 to 16 and their coach went to explore the Tham Luang caves on 23 June. 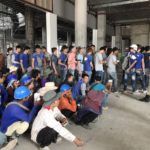 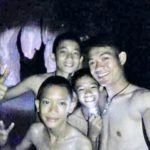 Breaking News Update: The first photo picture that the seals took for the kids