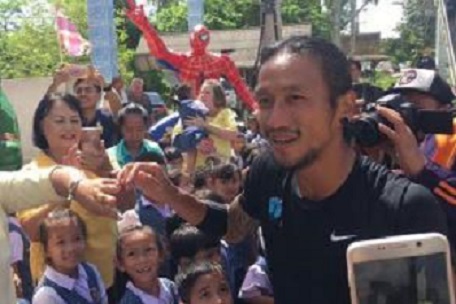 His Majesty the King will give Toon Bodyslam a gift to show his support for the rock star’s charity marathon run to help state hospitals.

Surat Thani governor Wichawuth Jinto said on Monday the Office of His Majesty’s Principal Private Secretary had informed him of the King’s intention. AM Pakdi Saengchuto, the assistant secretary-general of the office, will present the items to Toon when he reaches Muang district in Surat Thani on Wednesday.

The governor did not give details of the items of His Majesty will give to Toon, whose real name is Artiwara Kongmalai. He was running from Tha Sala district to Wat Klang Nikhom Pattanaram in Sichon district of Nakhon Si Thammarat on Monday. He will enter Surat Thani province on Tuesday. The singer had to pause in his run for two hours on Monday after he hurt his ankle and strained his hand, but then continued on.

Earlier in the day, he danced with about 50 kindergarten pupils of Srakaew Rattanawit School, who welcomed him by playing one of his songs, “Rua Lek Kuan Ork Jark Fung” (A small boat should leave the shore), from his Dharmajati album, over loudspeakers.

The rocker left Betong district in Yala on Nov 1 and plans to reach Mae Sai district in Chiang Rai on Dec 25. He hopes to receive donations of 700 million baht to buy equipment for 11 general hospitals. Donations had broken the 200 million baht mark on Sunday.  Source: Bangkok Post 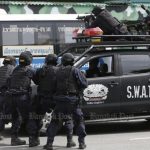