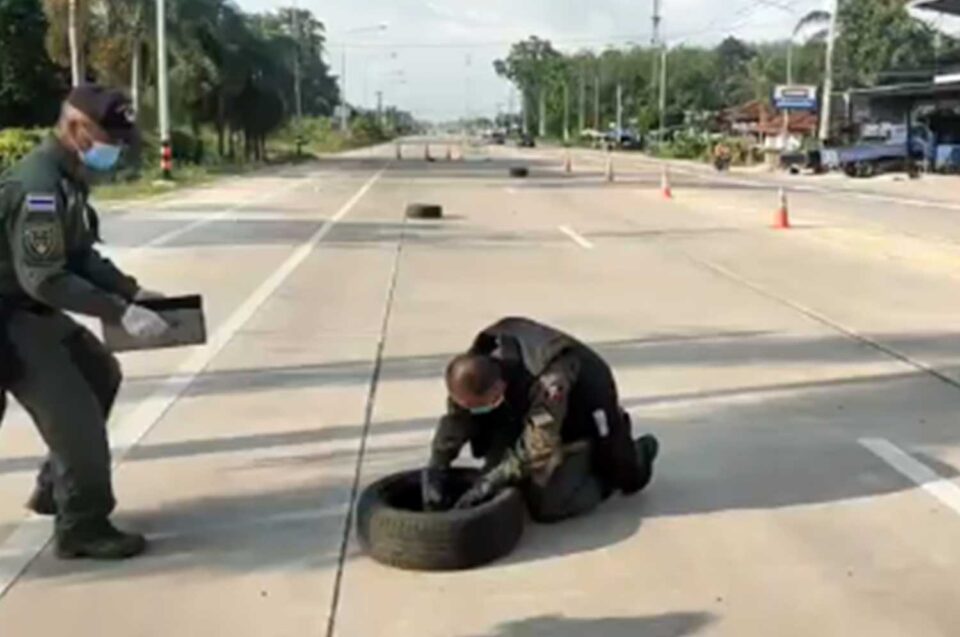 A small bomb exploded and eight others were found scattered on a road in Ban Khai district of Rayong province early on Wednesday.

Police and rescue workers sent to the scene found eight other small bombs scattered along the road, and cordoned off the area.

Witsanu Ngarmprasert, 48, told police he heard an explosion on the road in front of his house around midnight and went outside to check.

He saw white smoke rising into the air from something on the road. He also saw other objects scattered along the road. He did not know who left them there, Thai media reported.

Pol Lt Col Suradet Maneephitak, head of Rayong’s explosive ordnance disposal unit, led his unit to the scene around 8am on Wednesday.

They used car tyres to isolate the eight objects scattered along the road, which they said were home-made explosives packed with nails, steel nuts and ball bearings.

The EOD team moved the eight bombs to safe spot about one kilometre from the scene and destroyed them.

Local residents were alarmed by the incident. They said a group of adolescents often converged on the road at night. ad

Police believed the devices were intended for use against a rival group. They might have accidentally dropped the bombs on the road and then fled.