Villagers in Nakhon Ratchasima are facing lava mud popping up in their rice fields. The villagers are asking for help from the Department of Mineral Resources for help. Although it is an amazing natural incident but the villagers are not able to farm on the land with the lava mud. 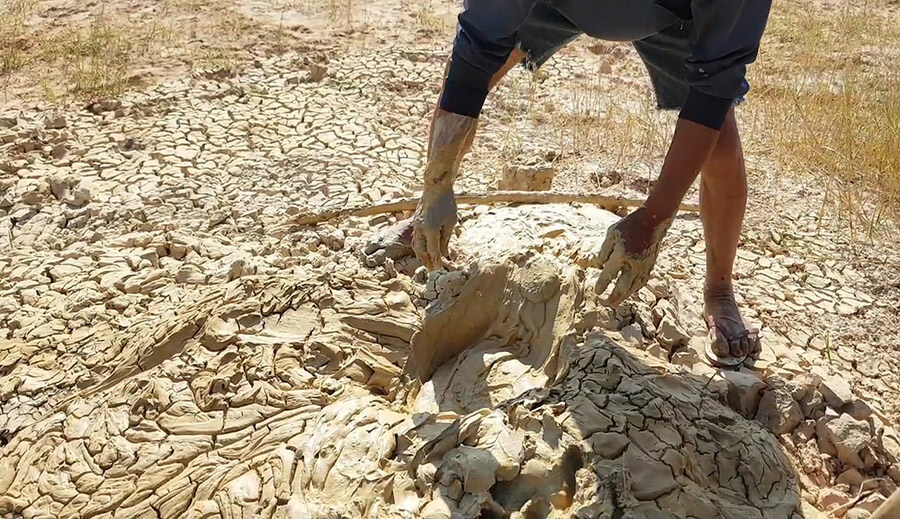 This video shows the amazing behaviour of the mud as a villager scoops up the mud that keeps boiling out of the hole in the ground. The mud has a golden color with smooth consistency, almost like whipped cream. If the lava mud does not stop occuring, the land will be no use to the villagers in the area, giving rise to a lack of income. 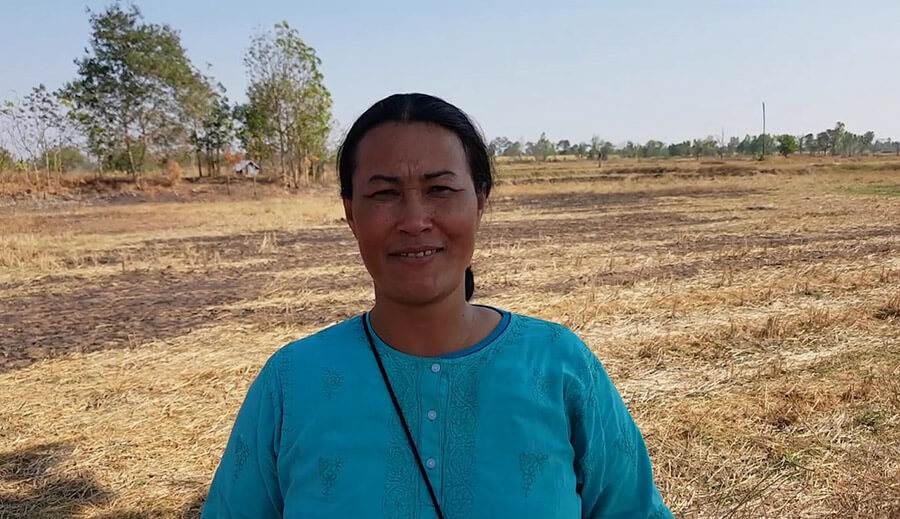 The Workpoint News team were notified from villagers in Ban Kok Krabuang in Nakhon Ratchasima about strange boiling mud popping up from the ground in their land. There are giant bubbles of mud coming out from the ground similar to how lava boils as it makes its way down from a volcanic eruption.

The villagers tried to push down the mud bubbles but then the ground would shake like “waves in the ocean”. The villagers wanted to know how deep is the air travelling up to the ground but no matter how long the stick was they could not find an ending to where the source is coming from underneath. 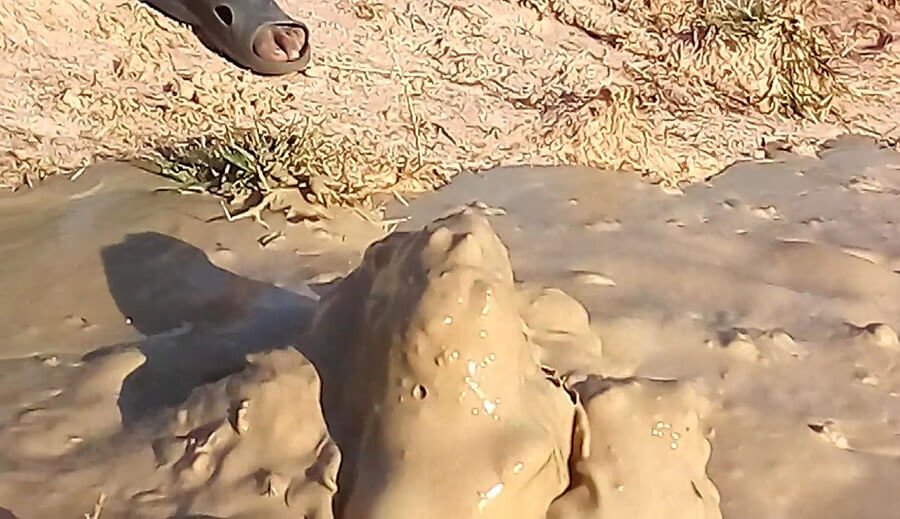 There are other spots in the same area where the mud is boiling up from the ground. Because the hole is estimated to be so deep that animals and humans especially children are protected by a wired fence from entering the field.

Yaowarat Rawiwat the owner of the field stated that she has been observing the lava mud for a while. At first, there was only a small hole where the mud poured through, but then it became bigger and more spots of lava mud started to pop up. Now, she is not able to farm on this land due the the danger that the lava mud brings.