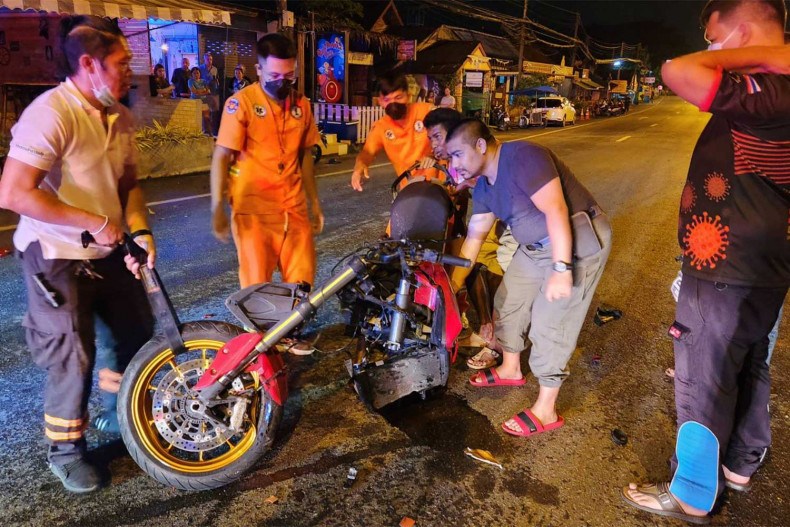 Two Russians and a Thai woman were killed and two Frenchmen injured in a crash involving two motorcycles and a taxi in Muang district early Friday morning.

Emergency responders reported finding four severely injured people crying out in pain on the road. Three were rushed to Chalong Hospital and the other to Bangkok Dibuk Hospital.

Two of them were later pronounced dead – a 26-year-old Thai woman and a 29-year-old Russian woman. The two other injured people were Frenchmen, police said.

A Russian man, 35, was found dead on the road near a crash-damaged Ducati motorcycle. His name was withheld pending notification of relatives. His body was taken to Vachira Phuket Hospital.

An Isuzu Mu-7 taxi with Phuket licence plates and damage to its rear was stopped on the road near the big bike.  A damaged Filano Honda motorcycle was found near a roadside power pole about 80 metres away.  (continues below) 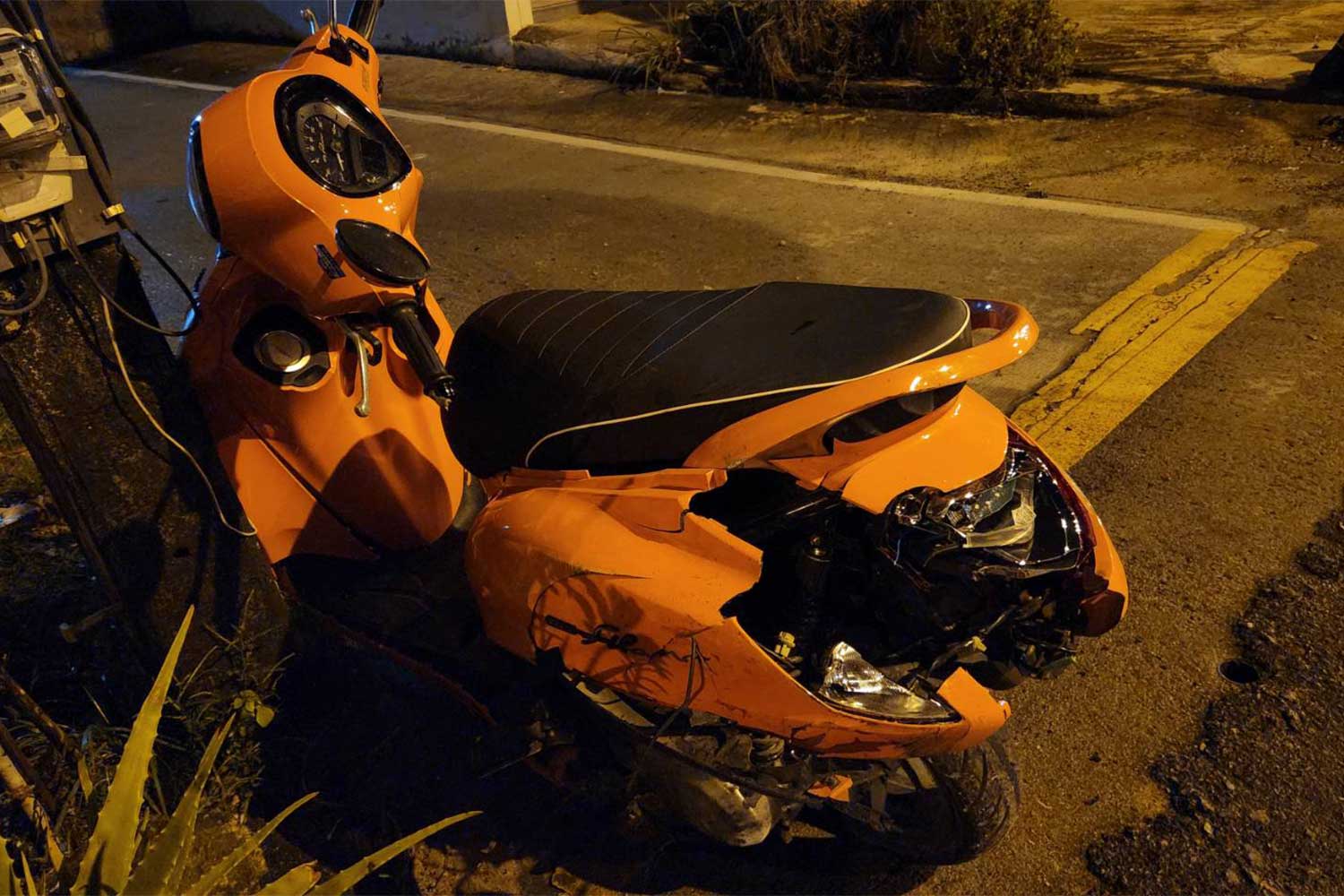 Phakhin Phiew-on, a medic, 44, said witnesses to the accident told him they saw the Ducati motorcycle travelling at high speed from Rawai beach towards the SCB branch. At the U-turn in front of Wat Sawang Arom it hit the other motorcycle, ridden by a foreign man with a woman and another foreigner riding pillion, that was about to make the U-turn.

The Ducati then crashed into the taxi, Mr Phakin said. The big bike rider died at the scene.

Police were examining surveillance camera recordings of the crash scene to find out the exact sequence of events. The Russian embassy was being informed.

On Thursday, a  29-year-old Signaporean man was killed and a woman compatriot, also  29, injured  when he lost control of his motorcycle at a curve on a hill road and hit a six-wheel truck in tambon Kalama, Kathu district, of this island province. 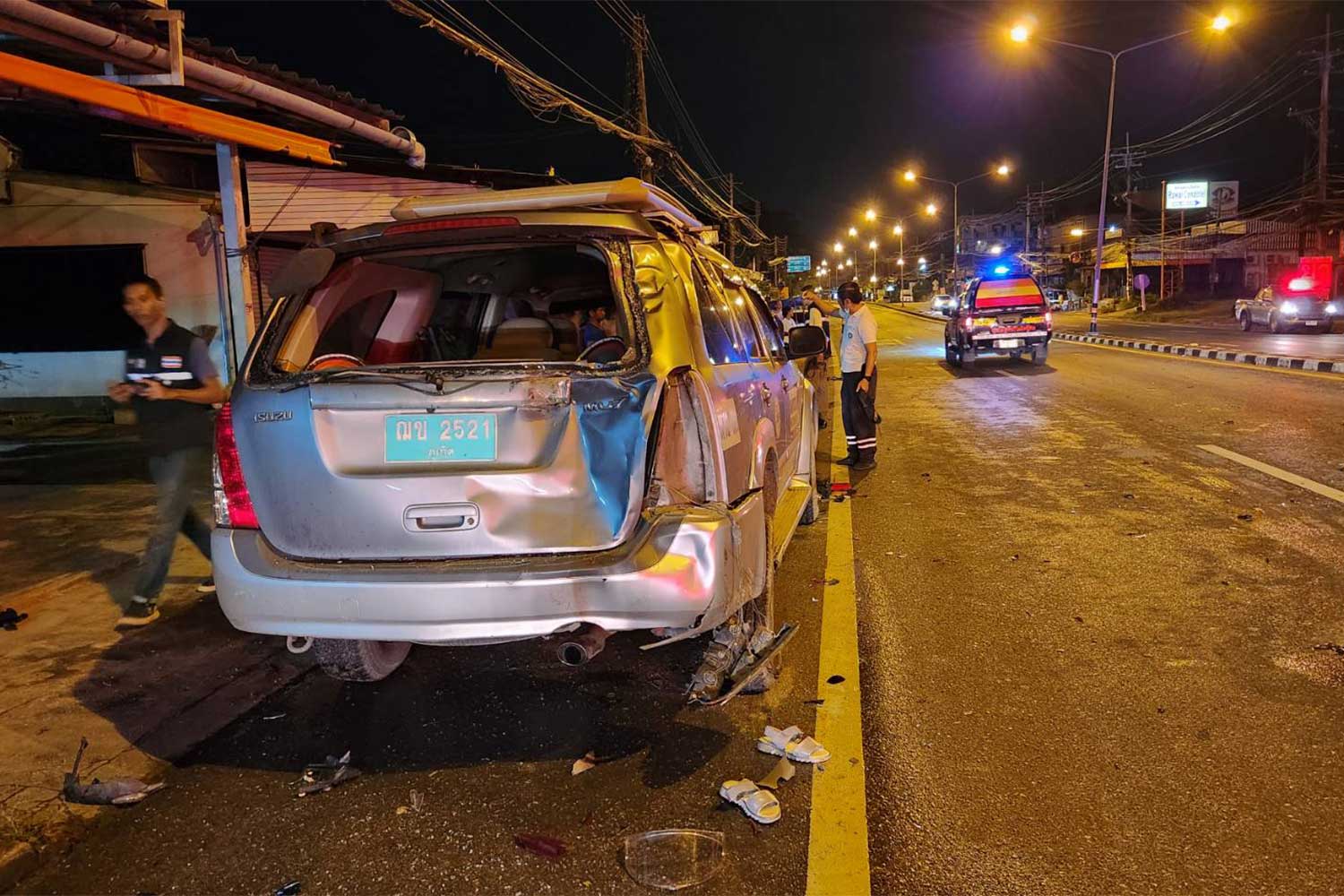 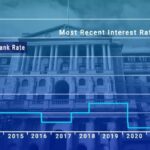 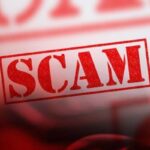 Scam raid nets 15 in the ring