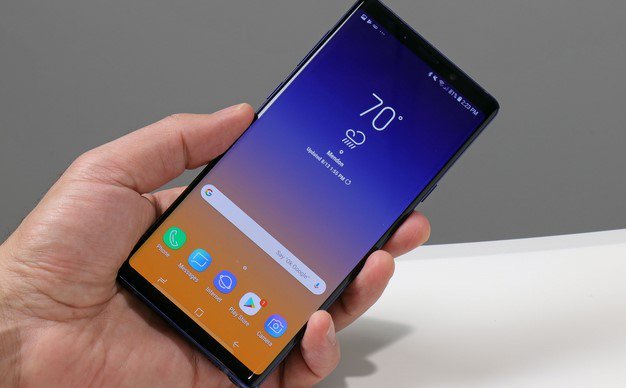 The best Smartphones for Christmas 2018 can be hard to find, or at least to figure out.


It’s been a busy few months in the world of smartphones, with the launch of the Samsung Galaxy Note 9, and iPhone XS/Max both impressing with their incredible size, power and price tags.
But despite being some of the highest-spec phones on the market right now, they’re also up there in terms of expense and have many features that may not suit everybody.

But they really are worth consideration for this year’s special Christmas Gift.

We know that it’s not always about the top of the range, super spec phones we’ve made you a handy list of the top THREE smartphones in the marketplace this season that are conveniently available through Amazon.Com

One of them is the far more reasonably priced LG G7 ThinQ the best in its own range.

These phones have been tested rigorously, paying great attention to the BIG FEATURES – being a decent battery, great screen, strong design and a crystal clear camera.

One of the highest-spec phones on the market

Experts are saying that the Samsung Galaxy Note 9 is one of the best phones ever tested. Despite being one of the most expensive it has been a huge seller

Because, for the money you pay, there is an extraordinary spec list, including the first mainstream phone to offer 1TB of storage and an incredible screen.

Screen: That screen is beautiful. maybe a little narrow if you are used to the Note 5 or something similar. But the way it wraps around the frame, the smaller bezels and the impressive color reproduction and brightness have made it a real favourite.

Battery life: With 4,000mAh under the hood, the Note 9 has one of the biggest batteries Samsung has ever put into a device. Meaning it can easily last through the day (plus it has new cooling tech to help it last even longer in gaming sessions, they say.

And it has a brilliant wireless charging feature that can re-fill the battery in 20 minutes.

The best iPhones Apple has ever made

Pronounced ‘Ten S’ and not ‘XS’ the iPhone XS and XS Max are the incremental upgrades to Apple’s game-changing iPhone X from 2017.
.

They build on the all-screen, notch-laden, almost bezel-free design with more power, improved cameras, a new storage option and, in the case of the XS Max, a huge screen.

Screen: The 5.8-inch OLED screen on the iPhone XS is the same as you will find on the iPhone X, meaning it is the 6.5-inch offering on the XS Max which has really grabbed Apple fan’s attention. Meaning it is fantastic for video streaming and gaming.

Battery life: It has improved a little on both handsets over the iPhone X, but you will still have to plug them both in every night in the hope of getting all the way through the next day.

Camera: The dual camera setup on both the iPhone XS and iPhone XS Max is fantastic. The Smart HDR mode makes images even clearer, brighter and more detailed. And Apple’s famously intuitive interface makes snapping great shots simple for anybody.

Mini verdict: If you’re after the latest and greatest iPhone, look no further. And if your hands are as big as your bank balance, the iPhone XS Max takes Apple’s smartphone to a whole new level with plenty of additional screen space. brilliant.

Performance not quite as good as other flagships

The LG G7 ThinQ is an impressive new phone from LG, despite the irritating name they have come up with.
.
Even so,  it has a strong package and a decent, realistic, price in most regions. There’s an attempt to right the wrongs of the LG G6 – and that has resulted in the perfect alternative to the traditional big hitters.
‘

Screen: LG’s Super Bright screen might not be OLED – LCD is preferred here, but it is capable of delivering good peak brightness.

And can handle HDR10 and Dolby Vision playback with its large, expansive look with a smaller notch.

Despite this it is a little large to hold, but has one of the most capable screens around.

Battery life: At 3,000 mAh, the LG G7 ThinQ isn’t the largest on the market and it shows in the performance. But, it is not terrible, with some clever background processing keeping things going.

The World Debt Clock – How much does your country owe?