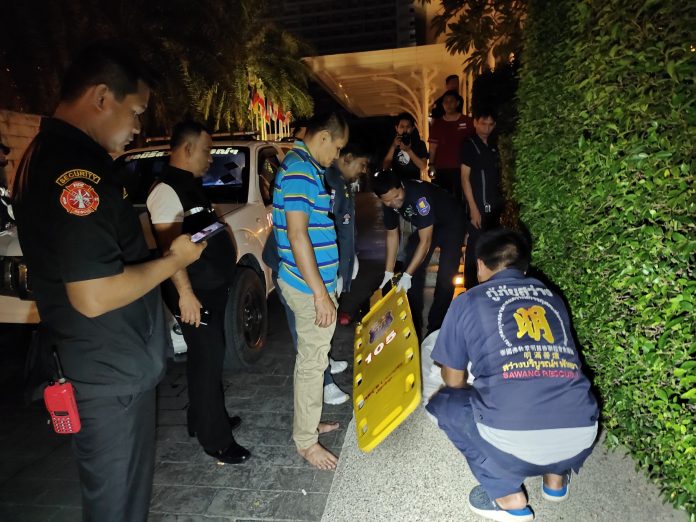 Police say that a 23-year-old bar worker, Sutthirak Sroikutruea, had been celebrating her birthday with family, friends and her ‘foreign boyfriend’ in a Jomtien bar when a heated argument broke out.

Her uncle, named as Mr Boon, reported that Sutthirak was arguing with the foreign man and became so aggressive that the police were called to calm the situation down.

Boon said she had been drinking heavily and stormed out of the bar before going back to the hotel and refusing to open the door.

The foreigner, who has not been named, did not go with her.

Family members did follow her back to the hotel and attempted to open the door but Sutthirak refused to allow them in.

The room then went quiet and the next thing they heard was that she was lying dead on the road beneath the balcony.

Police have confirmed there was nobody else in the room and no signs of violent exchange.

Pending the results of investigation officers are convinced, at this stage, that the young lady was drunk and took her own life.