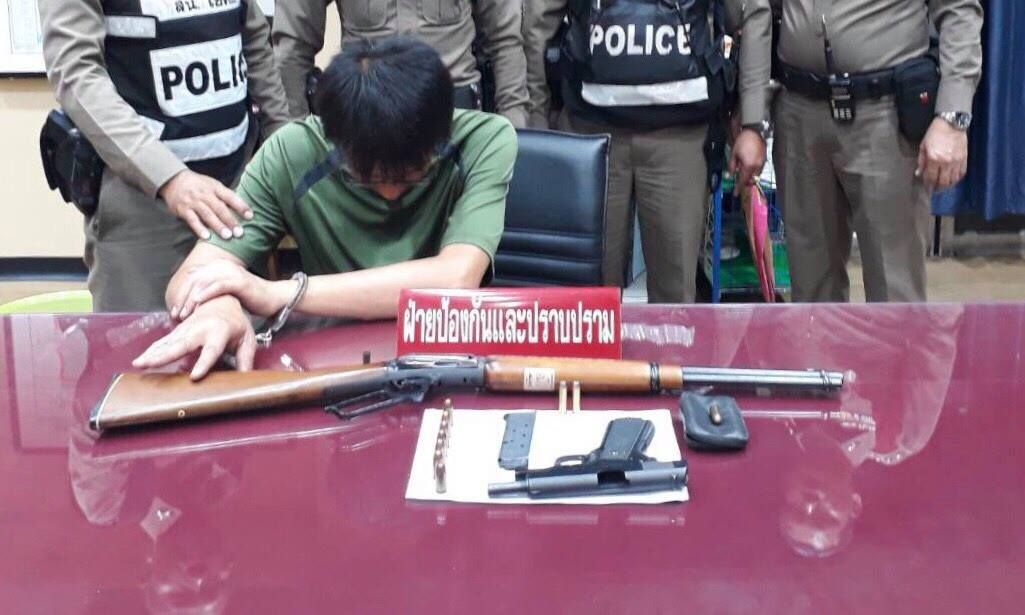 A man was arrested on firearms charges in a Bangkok residential neighbourhood early Wednesday after shooting a pistol and a rifle at a stray dog that had chased him.

The dog was not harmed. 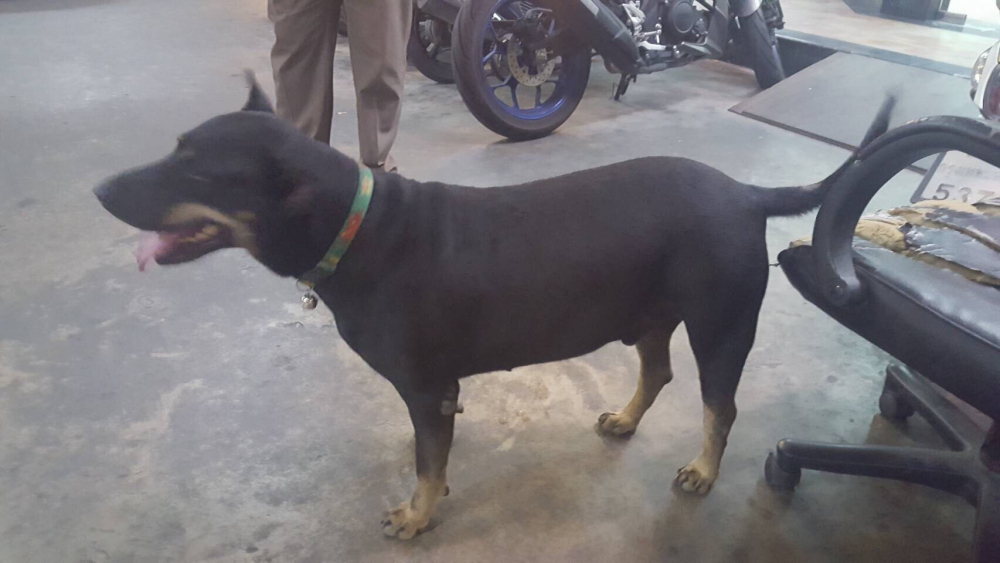 Police from Chokchai station arrested Somchai Damrongkiartchai, 53, midway along Soi Nakniwet 24 in Lat Phrao district and seized a Colt .45 pistol and a rifle with nine rounds of ammunition.

Seven spent shells from the two guns were found.

Somchai was allegedly still waving his guns around angrily when police arrived in response to a neighbour’s complaint.

The officers said he told them he’d fired at the dog because it tried to bite him, but missed, so he shot into the air to scare it off.

He faces charges of owning firearms without a licence and carrying and discharging firearms in a public place. 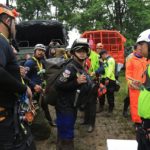