BangBros has issued a cease and desist letter to Mia Khalifa, the company has announced.

In a statement on Twitter, a spokesperson for BangBros urged the 27-year-old to share a ‘fact checklist’ of the statements she had made with her fans.

Today we sent @MiaKhalifa a legal C&D demand which lists some of her defamatory, false statements about Bangbros over the years and a list stating the actual facts. We encourage her to share the fact check list with her audience. We doubt she will though.#FactsBeatFiction

It comes after Khalifa said that the 11 films she made when she was 21 still play on her mind on a daily basis and that she doesn’t want ‘another girl to go through that because no one should’.

Writing on Twitter, she said she still receives death threats for her old movies.

Khalifa wrote: “My fight isn’t with P*rnhub, it’s with B*angBros. PH is home to some strong, independent, entrepreneurial women who own, produce and distribute their own content. I AM NOT HERE TO GET IN THE WAY OF ANYONE’S BAG.

“I just want B*angbros to stop actively putting me in harm’s way by promoting my 6-year-old videos like they’re new, making millions of ppl think I’m still active. The death threats are emotionally crippling, I haven’t felt safe even going to the grocery store alone in years.”

Following her statements, with a thread allegedly documenting her involvement with BangBros, Khalifa’s fans came out in support and started a petition to get ‘justice for Mia’, demanding that her films be removed.

“The infamous hijab video has collected ISIS death threats that have targeted Mia from the video’s release in 2014 to today. Mia attends therapy on a consistent basis for trauma, emotional distress, and consequences of bullying.

“Mia and her team have provided countless financial offers to the current owners of her domain name and pornographic videos to no avail. Big corporations are not giving Mia Khalifa a fair chance to demand her content in court due to financial advantage.

My fight isn't with P*rnhub, it's with B*angBros. PH is home to some strong, independent, entrepreneurial women who own, produce and distribute their own content. I AM NOT HERE TO GET IN THE WAY OF ANYONE'S BAG.

“Please consider signing this petition to support Mia Khalifa’s future endeavours and to bring her justice.”
Since it launched, the petition has received more than 1.5 million signatures.

Khalifa has yet to respond to BangBros’ statement. 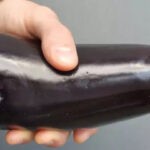 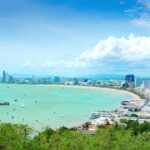