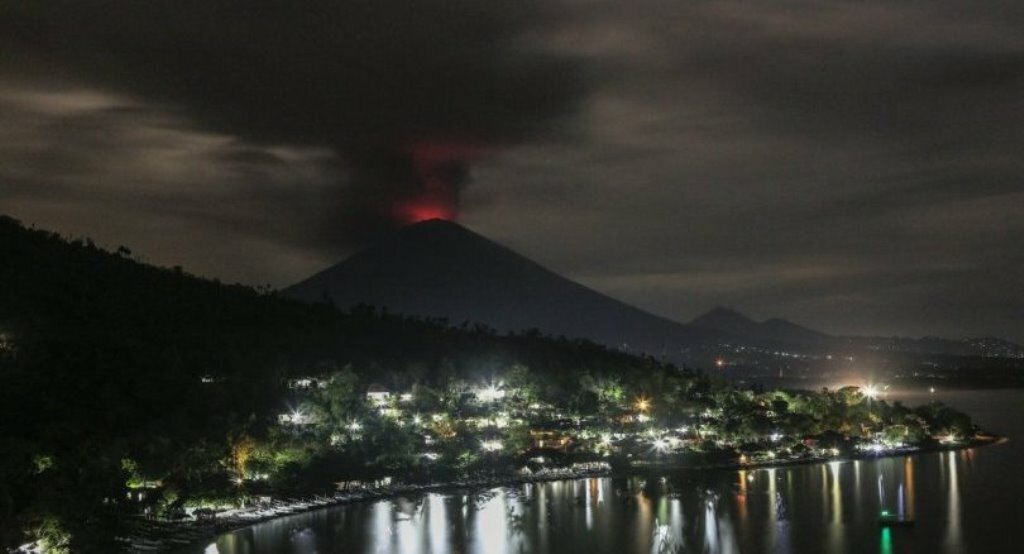 Some 100,000 people must evacuate from the danger zone around a rumbling volcano on the Indonesian resort island of Bali, officials said Monday after warning of an imminent eruption.

Some 40,000 people have already left communities near Mount Agung but that figure is set to more than double, the Disaster Mitigation Agency said, as massive columns of thick grey smoke spew from the volcano.An eruption could be imminent at a volcano belching huge plumes of smoke on Indonesia’s resort island of Bali, officials warned Monday, as they raised the alert to the highest level and expanded the exclusion zone. Massive columns of thick grey smoke have been pouring out of Mount Agung since last week and they shot more than two miles (three kilometres) into the sky early Monday, prompting the island’s international airport to be closed, leaving thousands of tourists stranded.

Agung started rumbling again last week and so-called cold lava flows appeared Monday — they are similar to mud flows and are often a prelude to the blazing orange lava seen during many volcanic eruptions. “The volcano’s alert level has been raised to the highest level,” said senior state volcanologist Gede Suantika. “Constant tremors can be felt.” Mt. Agung last erupted in 1963, killing about 1,600 people, one of the deadliest eruptions in a country that has more than 120 active volcanoes.

The exclusion zone around Agung, which is 75 kilometers (47 miles) from the tourist hub of Kuta, has been widened to 10 kilometers, with people living in that area being urged to evacuate. About 25,000 people living nearby the mountain have already left their homes and evacuated since Agung first started to spew smoke on Tuesday. “Continuous ash puffs are sometimes accompanied by explosive eruptions and a weak booming sound,” the National Board for Disaster Management said in a statement. “The rays of fire are increasingly observed at night. This indicates the potential for a larger eruption is imminent.”  Source: Asia Nation 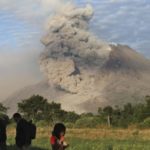