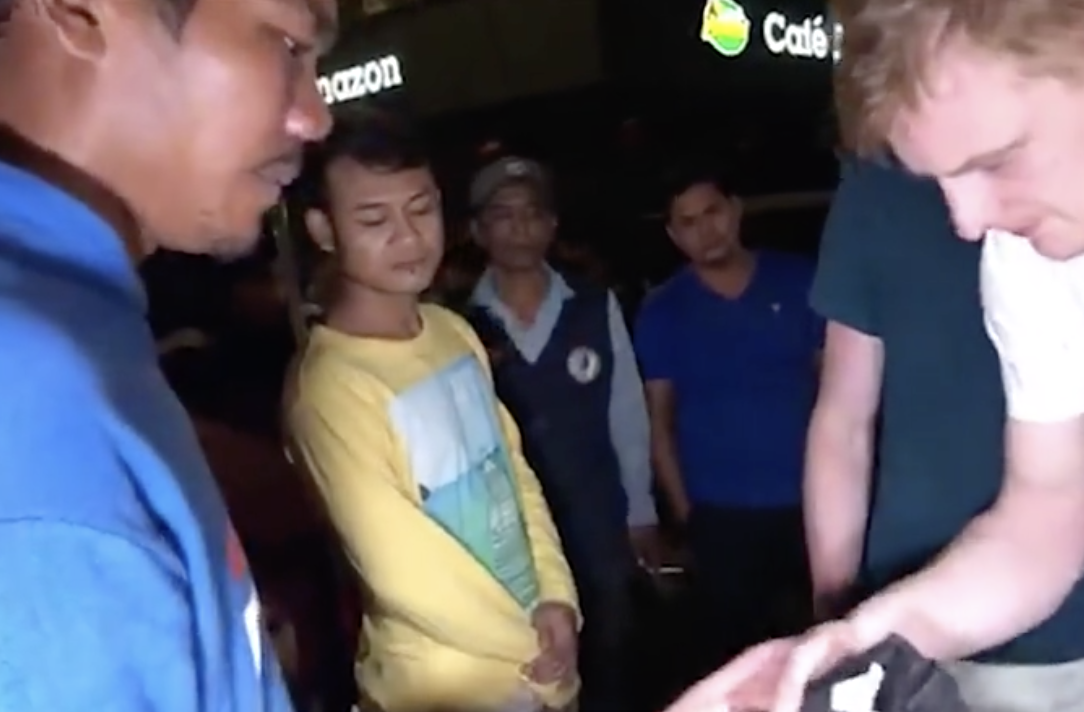 This is the humiliating moment a British tourist is forced to apologise after fighting with a tuk-tuk driver – who couldn’t find him a LADYBOY.

The man and his friend were riding around in the local’s rickshaw for several hours while trying to find a transsexual prostitute in Phnom Penh, Cambodia.

But the taxi driver claimed the pair became aggressive at around 1.30am when their seedy search was unsuccessful.

A tall male blonde tourist speaking with a Home Counties accent was filmed making a grovelling apology to the local cabbie while police in green uniforms – struggling to contain their amusement – calmed the situation.

In a white vest which appeared to have been torn in the earlier scuffle, the man searches through his wallet looking for money to compensate the cabbie.

The tuk-tuk driver in a blue hoody stands with other drivers and a number of policemen. The British holidaymaker, who has a male friend with him also apologising, hands him several notes while holding open his wallet.

The pair eventually shake hands and make up, with the taxi driver pocketing a total of 80USD – around half his monthly salary – before driving away with a beaming smile. 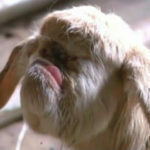 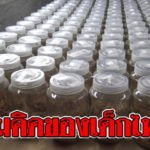