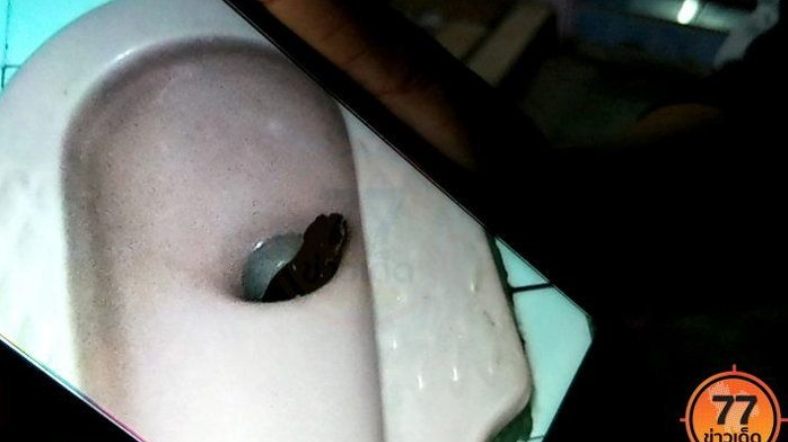 A Thai woman living in the outskirts of Bangkok got a shock when she got home from work, went for a shower, and realized she was not alone in the bathroom.

This is far from our first snake-in-toilet story, see the related serpent sagas below and check out this video we made with a snake expert explaining in Thai phenomenon:

Benjamas Krairabiap, 26, who lives in a rented room with a squat toilet in Samrong, Samut Prakan, glanced over at the toilet as she was showering and saw a snake poking its curious head out of the plumbing, reported Sanook.

She jumped out of the shower and snapped a quick pic with her nearby phone before slamming the bathroom door closed and calling the rescue volunteers.

When the snake catchers from Por Teck Tung Foundation arrived, they gingerly entered the bathroom but saw no snake. They removed the toilet from its pedestal and watched for half an hour, but the serpent still could not be found.

This means the snake may return at any time and we’re sure Benjamas won’t enjoy any relaxing toilet moments for the foreseeable future. 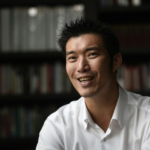 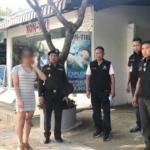 Ladyboy charged with attempted murder for stabbing a Norwegian