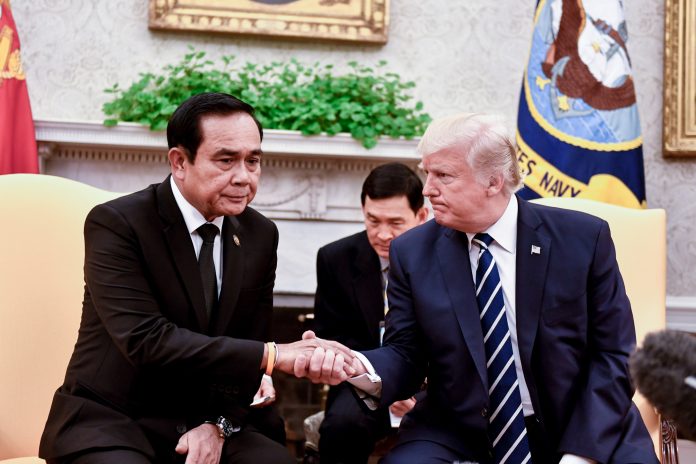 When Prayuth Chan-ocha seized control of Thailand in a military coup, he vigorously denounced politicians as responsible for the country’s ills and positioned himself and his fellow generals as the cure.

Four years on, with many of the country’s problems still festering and the public growing impatient for long-delayed elections, the junta leader made a declaration that for many seemed to confirm suspicions that he planned to stay in power long past any polls.

“I am no longer a soldier. Understand? I’m just a politician who used to be a soldier,” the 63-year-old former-army-chief-turned-prime-minister told reporters at the turn of the year, adding, “But I still have a soldier’s traits.”

The world’s only nation still under formal military rule, Thailand is under increasing pressure both at home and abroad to return to civilian governance. The message now appears clear: In one form or another, the gruff general wants to be that civilian.

Should Prayuth decide to stay on, there’s little stopping him. For one, he still holds absolute power under rules he implemented when he staged the 2014 coup and he could simply put off elections yet again.

But even if he decides to follow his latest timeline and hold polls later this year, he and his junta have carefully crafted a strategy to ensure the military commands politics, society and even the economy for decades to come.

While Prayuth has not flatly stated whether he will seek to lead the next government, several days after declaring himself a politician he remarked: “I can be whatever you want me to be. I can be it all.”

Thailand has suffered more than a decade of political unrest and upheaval, including two coups and numerous rounds of sometimes deadly street protests, as its conservative establishment struggled with the grassroots political success of billionaire businessman Thaksin Shinawatra and later his sister Yingluck Shinawatra.

The Shinawatras fundamentally changed Thai politics with populist policies aimed at wooing the country’s poor rural majority, but their time in power was also marred by allegations of corruption. Both Thaksin and Yingluck watched their governments topple in coups and both now live in exile to avoid court convictions they say were politically motivated.

To prevent a return to what it says was a “lost decade” of national peril, the junta drafted a constitution that neuters political parties in favor of non-elected bodies and even allows for an appointed prime minister. The junta itself gets to appoint many who would do the appointing, including the entire upper house of Parliament, which would also have some seats directly reserved for the military.

Deputy Prime Minister Prawit Wongsuwan, another former army chief and key junta member, said last week that he thought Prayuth should lead the next government but seemed to hint it should be by running in the election. “It must be the voice of the people,” he said.

Even if a traditional politician or party were to come to power, they would be legally bound to follow a junta-devised national strategy that encompasses the next 20 years and that critics say will put a military stamp across a broad spectrum of future public policy.

For some in Thailand – where the junta has banned protests and political gatherings – all this spells doomsday for democracy.

“Our democratic future is going down the drain. Democratic space is closed, and public space is also closing. I don’t know if we can find any hope in the years ahead,” Naruemon Thabchumpon, a political scientist at Chiang Mai University, told an international conference. “But we must at least understand the path along which we are going. We can’t just murmur and complain in our backyards.”

The military views things very differently, arguing that it intervened to save the country from a possible civil war as deep cleavages in society erupted into violence, and from corrupt politicians who manipulated a flawed political process.

“The military stepping in was the last resort,” Lt. Gen. Weerachon Sukhontapatipak, the deputy regime spokesman, said in an interview. “It may seem contradictory to say we staged a coup to restore democracy but it is indeed the case in Thailand. Military intervention this time, we hope, will be the last time.”

Similar arguments had been voiced in the past. The self-styled “Land of Smiles” has witnessed 12 coups since the end of the absolute monarchy in 1932. Uniformed or retired military men have helmed the country for 58 of the 86 years since despite minimal threat of foreign aggression: The last invasion, by the Burmese, occurred 250 years ago.

Critics contend the coup has resulted in the military’s strongest grip since the Cold War era of the 1970s.

“Thailand is heading at full speed to a dark, dictatorial past,” said Brad Adams, Asia director of the U.S.-based Human Rights Watch, noting that the country has gone from “democratic governance concerned about human rights to dictatorial military rule that systematically prosecutes and imprisons activists.”

The junta has placed a particular emphasis on going after violators of the harsh les majeste law, which forbids insults to the royal family, and the cases are now heard in military courts rather than civilian. About 120 people have been arrested since the 2014 coup including a 14-year-old boy, a prominent human rights lawyer facing up to 171 years in prison for Facebook comments, and a Buddhist scholar who questioned whether a heroic battle 400 years ago actually took place.

Nonetheless, and as expected in a society as polarized as Thailand, Prayuth’s administration has proved popular among some segments of the population. “Some good, some bad,” is not infrequently heard among Bangkok residents, citing as positive some the junta’s policies but especially its having halted “khwaam wun wai,” chaos and confrontation, a fear deeply rooted in Thai culture.

Some Bangkok residents say they still have nightmares about political protests that ended with bloodshed on their doorsteps, buildings torched, and their businesses shuttered.

The junta’s pledge to get tough on corruption initially earned it some praise, but repeated scandals involving its members – including a current saga involving the deputy prime minister’s penchant for luxury watches and bejeweled rings – has added to public skepticism.

While Thais have in the past risen up against military rule – there were deadly protests against it in both the 1970s and early 1990s – many have also become conditioned to regard army control as normal and some soldiers have come to see it as their right.

“There is a political culture of acquiescence, a deep legacy of authoritarianism,” said Paul Chambers, a political scientist at northern Thailand’s Naresuan University.

Historically the traditional Bangkok-centered elite – the military, monarchy and senior bureaucrats – have “permitted democracy to come but only a form of democracy which won’t threaten their interests,” he said. “You see in Thailand a defective democracy or an ousted democracy.”

Which of these will emerge if and when elections are finally held is being debated.

Among the uncertainties this time is the future relations between the military and King Maha Vajiralongkorn, who has shown signs of expanding the monarchy’s powers since his father died in 2016 after a 70-year reign, including some last-minute changes to the junta-drafted constitution.

Another is whether deep social and economic rifts – which the junta has done little to heal — can be bridged. Thailand has some of the worst economic inequality in the world and long-standing tensions between the haves and have-nots remain in check only out of fear of the junta. In many poorer provinces, the home to the Shinawatra family’s power base, there is simmering anger and many privately denounce the military and Bangkok elite.

Some analysts argue that while the military and conservative forces may now seem entrenched, perpetual military rule is impossible in today’s globalized Thailand where the spread of information through social media is transforming society.

For the foreseeable future, political commentator Thitinan Pongsudhirak says the best available option would be a civil-military power-sharing along with reforms of traditional institutions in favor of strengthening democracy.

“Manipulating the constitution and staying in power at all costs are likely to lead to an inevitable showdown with forces from political parties and civil society,” he recently wrote. Anything short of a compromise “will keep Thailand stuck in a cul-de-sac, going into yet another circle to nowhere.” 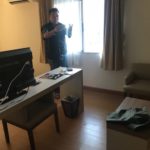 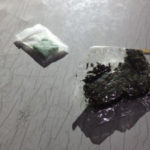