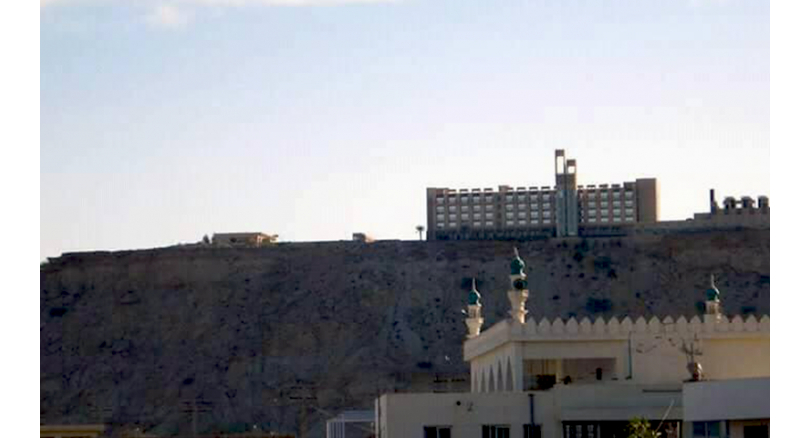 Firing is taking place at the Pearl Continental (PC) Hotel in Gwadar after three to four armed militants stormed the facility, according to Gwadar Station House Officer (SHO) Aslam Bangulzai.

“At around 4:50 pm yesterday reports that there are three to four armed men in PC Hotel,” the SHO said, adding that “the firing is ongoing but there are no reports of any casualties yet”.

The police official further said that “there are no foreigners at the hotel right now.”

SHO Bangulzai said that “additional police force, ATF (Anti-terrorism force) and army are all present” at the hotel to handle the situation.

Inspector General of Police (IGP) Mohsin Hassan Butt also confirmed that “two to three gunmen had first fired at and then entered the hotel.”

The IGP said the hotel did not have any foreigners at the time of the attack and that only the hotel staff was inside. He also said that “95 per cent of the hotel has been evacuated.”

IGP Butt further said that “the attackers may have come in a boat to launch the attack.”

Frontier Corps personnel have cordoned off the hotel and no one is allowed to go near the area, DawnNewsTV reported citing police sources.

The Pearl Continental (PC) Hotel in Gwadar, is located on the Koh-e-Batil Hill, south of West Bay on Fish Harbour Road. The five-star hotel is frequented by both business and leisure travellers.

The attack comes just weeks after 14 people, including 11 personnel of Navy, Air Force and Coast Guards, were killed by gunmen near Ormara in Gwadar.

China is currently working with the federal government to develop Gwadar port to facilitate connectivity and trade. Beijing is investing around $50 billion in Pakistan as part of a plan unveiled in 2015 to link its far-western Xinjiang region to Gwadar port in Balochistan with a series of infrastructure, power and transport upgrades.