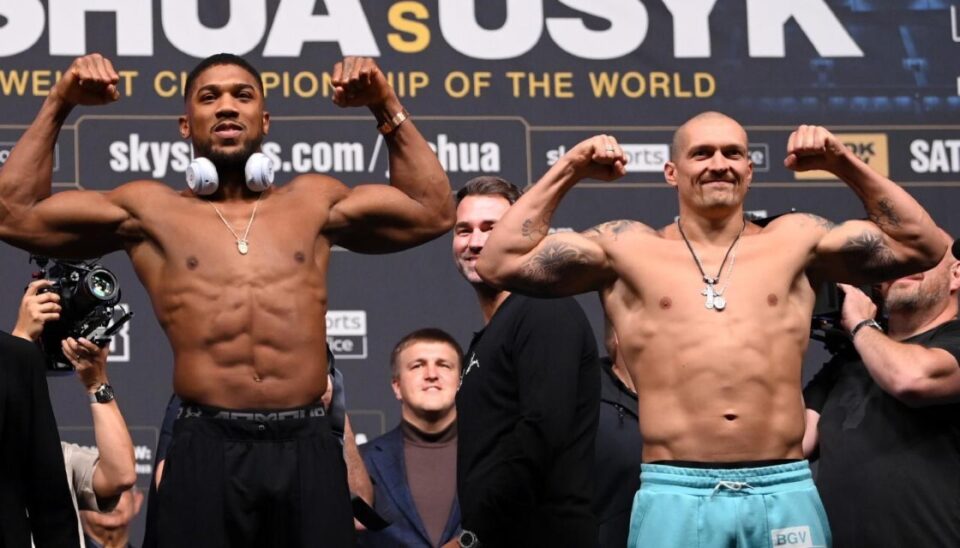 THE COUNTDOWN HAS STARTED

Gloves up! The highly-anticipated face-off between Anthony Joshua and Oleksandr Usyk is finally here.

British boxer AJ is putting his three world heavyweight titles on the line against the undefeated Ukrainian, the undefeated cruiserweight king who is seeking to become a two-weight world champion.

More than 60,000 spectators will be present in north London for the first boxing bout at Spurs’ new £1 billion home.

It will be the biggest fight in Britain in more than three years when Anthony Joshua takes on Oleksandr Usyk in their world heavyweight title showdown .

Joshua’s WBA, WBO, IBF and IBO belts will be on the line in front of an estimated 67,000 fans at Tottenham Hotspur Stadium, the highest British boxing attendance since Joshua beat Russian Alexander Povetkin at Wembley in September 2018.

The 31-year-old Briton wants to become the undisputed heavyweight champion and knows defeat would wreck those hopes.

But Joshua, with 24 wins and one loss, wants to enjoy every moment of his 11th successive world title fight.

“Let’s go out there, have fun and put on a great show,” said Joshua, whose last fight against Bulgaria’s Kubrat Pulev in December was held in front of just 1,000 people because of coronavirus restrictions.

“I want to be poised, relaxed and precise – that’s what I’m going to do. I can’t wait.

“I’m getting better as a fighter so why shouldn’t I be excited? It’s the best times of my life. Everyone is going to be happy

Standing in Joshua’s way is Usyk, a 34-year-old from Ukraine, who was an undisputed world champion at cruiserweight before moving up to the higher weight category.

“Every fight makes history and me and Anthony will make another step in history,” said Usyk. “It will be something people will be talking about, will remember and will be watching on television.”

“He’s really fast with the jab, always on his feet, got great balance, doesn’t over-reach and doesn’t make any mistakes. He’s got fast hands and freakishly good reflexes.

“AJ needs to not overthink it. Tell himself he’s taller, got a longer reach, bigger, stronger and heavier – use all them attributes and stick it on Usyk.

What happened to a Joshua-Fury fight?

There has not been an undisputed heavyweight champion since Britain’s Lennox Lewis held all the belts in 2000 and there was hope that Joshua would face fellow Briton Tyson Fury, the WBC title holder, this summer.

Talks between the Joshua and Fury camps had been ongoing and a fight between them was expected to be announced for 14 August in Saudi Arabia.

However, those hopes were dashed when an arbitration hearing ruled that Fury was contractually obliged to fight American Deontay Wilder again.

Fury and Wilder will be fighting for a third time on 9 October in Las Vegas after their first meeting ended in a controversial draw in December 2018 before Fury won the rematch in February 2020.

“Do I want Joshua to win? Definitely,” said Fury this week. “It doesn’t make much sense me beating Usyk up. If Usyk does win he will cost us a few quid.”

Joshua’s promoter Eddie Hearn said he would be ‘shocked’ if a fight between the two Britons did not happen, while Frank Warren, Fury’s co-promoter, said the bout would take place if both Joshua and Fury won their fights.

Who is Oleksandr Usyk?

Both Joshua and Usyk won gold medals at the 2012 Olympics in London – Joshua at super-heavyweight and Usyk at heavyweight.

Southpaw Usyk’s amateur pedigree also saw him collect a gold at the 2011 World Championships and he defeated British boxer Joe Joyce in the World Series of Boxing in 2013 before turning professional later that year.

In only his 10th professional bout he won the WBO world title and a points victory over Russia’s Murat Gassiev in his 15th contest saw Usyk become an undisputed cruiserweight champion.

His first professional fight in England came in November 2018 at the Manchester Arena as he knocked out British former world cruiserweight champion Tony Bellew in the eighth round.

Usyk then moved up to heavyweight, beating American Chazz Witherspoon with a seventh-round stoppage and gaining a points win over Britain’s Derek Chisora at Wembley Arena in October.

The Ukrainian is the mandatory challenger for Joshua’s WBO title, meaning they had to fight or Joshua would have been stripped of his belt.

What happened at the weigh-in?

Anthony Joshua, who at 6ft 6in is three inches taller than his opponent, weighed in at 17st 2lbs, practically the same weight he was against Pulev, while Usyk came in at 15st 11lbs, the heaviest he has been.

How their professional records compare 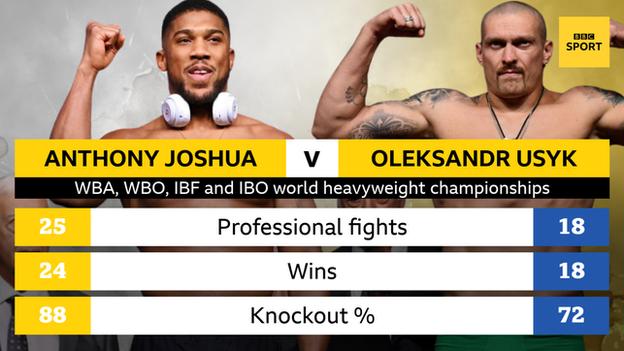 Who else is on the undercard?

Londoner Okolie, 28, has won all 16 professional bouts, 13 inside the distance, while Montenegro boxer Prasovic, 26, is also undefeated with 15 wins from 15 contests.

Okolie, who has talked about a potential move up to heavyweight in the future, said: “He is fast, strong, but no-one is going to come here and beat me in front of 67,000 people in my home town.”

Former WBA world super-middleweight champion Callum Smith, 31, moves up to light-heavyweight for the first time and takes on Dominican Republic’s Lenin Castillo, who has won 21 of 25 bouts.

Campbell Hatton, the 20-year-old son of former two-weight world champion Ricky, continues his fledgling career and fights for the fourth time against Sonni Martinez, 29, of Uruguay. 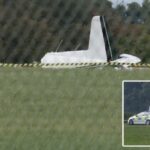 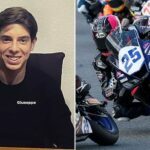