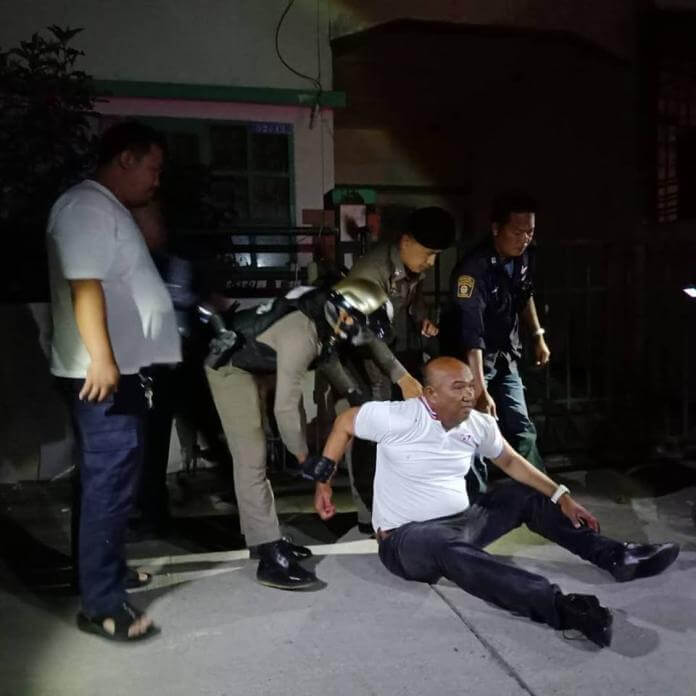 Angry ex Boyfriend: At 2 AM yesterday morning Pattaya police were called to a residence in North Pattaya by a desperate Thai woman who said a man with a large club was attempting to gain access to her home by attacking the door.

Police responded quickly to find 48 year old Mr. Chanchao, of Thailand, first name not given, armed with a large wooden piece of plywood and attempting to force entry. He also appeared to be intoxicated. He had already managed to bash a large hole into the door while trying to gain entry.

Mr. Chanchao surrended to police and it turned out that he was the ex boyfriend of the woman for more then a year and they had recently broken up. Mr. Chanchao claimed he was upset that the woman, whose name has been withheld at her request, was flirting with other men on Facebook.

They had an argument online earlier in the evening that infuriated him so he attempted to take the matter into his own hands, driving to her house and attempting to force entry to talk to her.

He was arrested and will be charged with several violations in Pattaya Court.