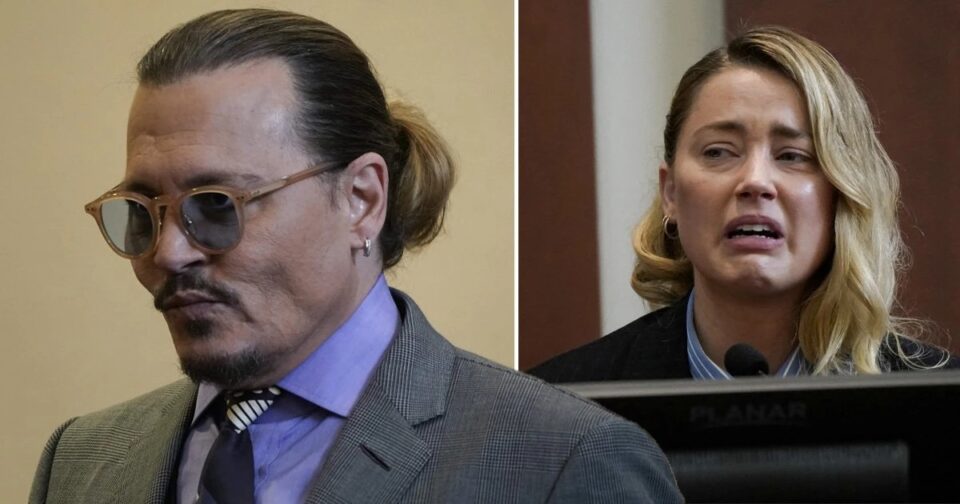 Amber Heard became emotional as she opened up about her relationship with ex-husband Johnny Depp.

The Aquaman actress took to the stand on day 14 of the defamation case, held at Fairfax County Court, and testified about their romance.

She told the court that they were having a party in a ‘trailer park’ with some friends and had taken MDMA.

The jury heard that a woman ‘leaned into her’ in a manner Heard said was not flirty – but that the Pirates of the Caribbean actor became jealous of the scene.

When the former couple went to their trailer to talk, she claimed he began smashing it up and ‘screaming’ at her.

‘It became clear he was looking for something,’ she said on the stand, and explained that he asked her: ‘Where are you hiding it?’

She said that he was looking for cocaine as he ‘pat her down’.

‘He rips my dress … he’s grabbing my breasts, he’s touching my thighs, he rips my underwear off.’

‘It made no sense and he was telling me we’re going to conduct a cavity search, he just shoved his fingers inside me,’ she continued, becoming emotional.

‘I just stood there staring at the stupid light, I didn’t know what to do… while he did that.

‘He twisted his fingers around… I didn’t [say] like “stop” or anything.’

Earlier in her testimony, Heard spoke of being ‘slapped’ by the Hollywood star at the beginning of their relationship, recalling an incident in 2013.

She told the court that Depp hit her three times after she ‘laughed’ about one of his tattoos, reading Wino.

‘(It was) seemingly so stupid and insignificant, I will never forget it, it changed my life,’ she continued.

‘He slapped me across the face, and I laughed because I didn’t know what else to do.

‘I thought this must be a joke… I didn’t know what was going on. I didn’t want this to be the reality.’

‘I wish I could sit here and say I stood up and I walked out of that house and I drew a line and I stood up for myself.

She added that he apologized ‘profusely’ in the following days.

Depp is suing Heard for defamation over an op-ed she wrote in 2018 and is seeking $50million (£39m) in damages.

Although he was not named in the Washington Post piece, his team argued that it implies he was physically and sexually abusive towards her – something he has denied.

The case began last month and is thought to continue for several more weeks. 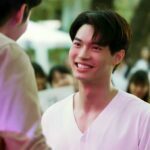 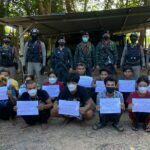