Local report that a man who shot his pregnant wife and father in law in a waiting room at the Nakorn Pathom hospital has died.
Deputy director Dr Sunai Janchai said that medics had tried to save the life of Chaiyaporn but he died Sunday morning following brain surgery.
He had turned the gun on himself after shooting his wife Thanyamas and her father Samphan. His wife died first followed by her father.
It was earlier reported that he was aggrieved that he had not been informed of his wife’s pregnancy.
He was said to have been armed with a .357 revolved when he went into the hospital around 1.30 pm Friday. SN – EP 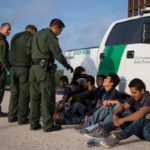