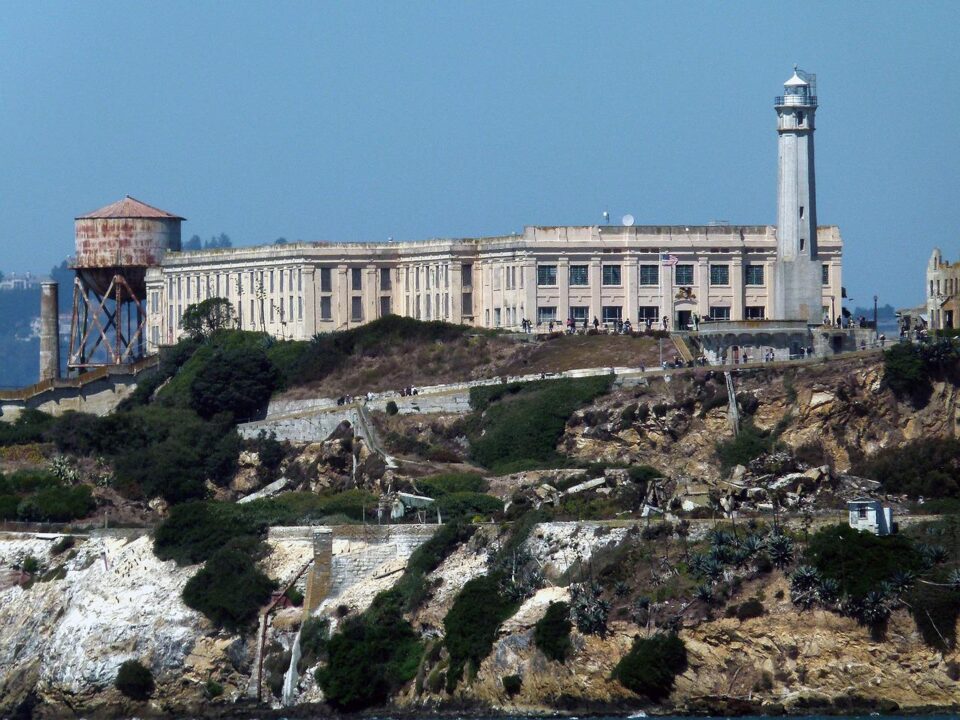 It was once the most notorious prison in the world, home to America’s evil and violent criminals.

But following years of spiralling costs, Alcatraz shut its doors for good 59 years ago today.

Also known as ‘the Rock’, the maximum security jail was marooned on a remote island in the middle of San Francisco bay.

Many convicts were handed life sentences and deemed too dangerous – or too deft at escaping – to be jailed anywhere else.

Everything else was a privilege that had to be earned.

The majority of inmates on the Rock were expected to die behind bars.

Today, Alcatraz is a tourist trap for crime fans who want to walk in the footsteps of George ‘Machine Gun’ Kelly, Al Capone, and many others.

On the anniversary of its closure on March 21, 1963, we’ve taken a look back at the infamous prisoners who called it home.

The Birdman of Alcatraz: Robert Stroud

By the time Robert Stroud was dispatched to Alcatraz, he was already known as one of the most dangerous prisoners in America.

He was in jail for a string of offences – including murder – and frequently fought with fellow inmates.

Stroud had even stabbed a guard to death while at Leavenworth Prison in Kansas.

He was described as an ‘extremely dangerous and menacing psychopath’.

But the felon had a unique hobby behind bars that earned him the moniker ‘Birdman’.

At Leavenworth, Stroud had built up a collection of 300 birds in his cell, and he had a ‘lab’ where he would study the animals.

He even published two books on diseases of birds from behind bars.

When Stroud was incarcerated at Alcatraz, regulations meant he couldn’t bring his feathered friends with him.

He instead turned to books – and became an avid reader.

Hollywood actor Burt Lancaster once visited Stroud in his cell ahead of the film ‘Birdman of Alcatraz’, which was inspired by the criminal’s life.

Alcatraz had been branded ‘inescapable’ by prison bosses.

But Frank Morris and brothers John and Clarence Anglin proved that wasn’t the case on June 11, 1962.

The bank robbers pulled off a dramatic heist, escaping from their cells and sailing away on a raft made from raincoats.

They used sharpened spoons to loosen ventilation grills in their cells, before squeezing through the hole and climbing up through a maze of rafters.

It wasn’t until the next morning that guards realised they were missing.

The trio had created life-size paper mache dummies to dupe prison guards into thinking they lay sleeping in their bunks.

A high-pitched siren was soon sounded over the island and a major manhunt was launched involving police, prison staff and the FBI.

But the men were never found.

In 2014, Dutch scientists revealed there was a chance that Morris and the Anglin brothers could have reached the San Francisco mainland, as strong tides led toward the Golden Gate Bridge.

However, it was almost as likely the men would have drowned in the freezing waters of San Francisco bay.

When Al Capone arrived at Alcatraz, he was known as ‘public enemy number one’.

Today, he is more commonly remembered for his menacing nickname ‘Scarface.’

Capone gained notoriety during the Prohibition era as the boss of the fearsome Chicago mafia.

He was linked directly to at least 33 deaths. His seven-year reign as crime boss only ended when he was thrown in prison at the age of 33.

Capone arrived at Alcatraz in 1934 and was one of the first prisoners to call the Rock home.

Two years later, Capone was stabbed in the back with a pair of scissors by fellow inmate James C. Lucas.

He recovered quickly and, in a change of character from his criminal years, behaved well during his time at Alcatraz.

The gangster even helped form a prison band called ‘Rock Islanders’ in which he played the banjo.

But Capone spent the last year of his sentence in the prison hospital, confused and disoriented as his health deteriorated.

He died in 1947 at his mansion in Palm Island, Florida, a far cry from the dark and dingy Alcatraz.

He was notorious for his willingness to use extreme violence, or even murder, to achieve his goals.

His road to Alcatraz started with an arrest at the age of 14.

Years of further felonies followed as Bulger climbed the ranks of the crime syndicate.

He was implicated in the deaths of three of his cohorts and imprisoned on Alcatraz in 1959.

Bulger was instrumental in the escape of Frank Morris and the Anglin brothers and offered them advice ahead of their dash for freedom.

He enjoyed his time on the Rock and would later pine over its ‘great view’ and ‘clear-cut’ rules.

He was released from Alcatraz in 1965 and promptly returned to a life of crime.

Bulger’s network spread across the world – in the 1980s, he supplied weapons to the IRA in Northern Ireland.

For 16 years, the mobster was considered one of the FBI’s most wanted – second only to Osama bin Laden.

But the law finally caught up with Bulger in 2011.

He died in a West Virginia prison seven years later after being beaten to death by fellow prisoners, who gouged his eyes out and tried to cut off his tongue.

At Alcatraz, Barnes would boast to inmates about a whole range of robberies and murders he never actually committed.

The American gangster hailed from Memphis, Tennessee and had been fond of robbing banks, breaking Prohibition laws and – most of all – kidnapping.

His number of underworld associates rose as he made his move from Texas to Kansas City, Chicago, and Minneapolis.

The law caught up with Barnes after he and his wife, Kathryn, abducted oil man Charles Urschel.

While at Alcatraz, the former mobster took a job as an alter boy in the prison chapel and also worked in the laundry room.

Prison guards said he ‘seemed to feel remorse’ for his crimes and he felt his wife Kathryn had been punished too harshly for her part in Urschel’s kidnapping.

He told Alcatraz warden James A. Johnston: ‘My family are good people. Only I turned out to be a heel.’

The felon was known as ‘Creepy’ due to his stomach-churning smile.

The gangster led the infamous Barker-Karpis gang in the 1930s and his associates included the likes of Machine Gun Kelly.

Members of Karpis’s gang did not hesitate to kill anyone who got in their way, even innocent bystanders.

One of his greatest heists was the Wild West-esque train robbery in Garrettsville, Ohilio, netting him $27,000.

In 1932, he was captured by FBI agents and sent to Alcatraz alongside his formidable gangster counterpart – Al Capone.

Like Capone, Karpis had been branded ‘Public Enemy Number One’ by the FBI.

Former Alcatraz guard Al Bloomquist described Karpis as ‘a mild nuisance’ and said he complained often about the prison’s conditions.

He fought constantly with other inmates and was an obessive reader.

In April 1962, with Alcatraz in the process of being closed, he was transferred to McNeil Island Penitentiary in Washington State where he died.

Alcatraz today: Echoes of a grizzly past

Prisoners were moved off the Rock in 1963.

The penitentiary was costing far too much to operate – nearly $10 per prisoner per day, as opposed to the $3 average in other prisons.

It had also hit the headlines for a slew of negative reasons, such as the famous escape attempts.

The Rock’s reputation was badly damaged by the ‘Battle of Alcatraz’, which claimed the lives of three guards and two prisoners in 1946.

But when the armed inmates struggled to find any keys, they ‘panicked and started a riot’ and began to shoot.

Some historians believe the harsh conditions at Alcatraz were outdated, as other prisons began exploring the rehabilitation of prisoners instead of pure punishment.

It was US Attorney General Robert Kennedy who decided to close Alcatraz in 1963.

By then, salt water surrounding the island had severely eroded its buildings, making it more susceptible to escape attempts.

Alcatraz now belongs to the US National Park Service and hosts 1.4 million tourists every year.

Mobsters like Al Capone and escapees such as Frank Morris and the Anglin brothers have inspired books, films and television shows.

The prison may have been closed for 59 years, but its eerie halls and empty cells still evoke a sense of fear for those who dare to visit.

Frank Weatherman, the last inmate to arrive at Alcatraz in 1962, was asked by a journalist for his opinions on the prison.

‘Alcatraz was never no good for nobody…,’ he replied. 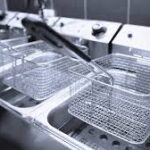 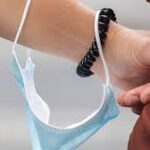