A Chinese air hostess was suspended after she was caught on camera eating passengers’ meals.

The unnamed woman from Urumqi Air was seen using a spoon to eat from an aeroplane meal lined up alongside 15 others. She appears to be in the kitchen area at the back of the plane.

The incident onboard the Boeing 737-800 made its way to bosses who confirmed the woman worked for the airline and that she had been ”suspended and disciplined’’.

A statement from the firm said that the meal the woman was eating was among left-overs and that they supply their air crew with ‘’adequate” on-board meals.

They said that the food had been opened without permission instead of going through the proper procedure for dealing with left-over meals.

The company’s statement said: ‘’In view of the employee’s irregularities, the company has started an investigation and disciplinary procedures in accordance with the regulations.

”The company has arranged a comprehensive internal investigation to ensure that crew follow strictly the implementation of food disposal processes, to avoid the recurrence of similar incidents.

‘’Urumqi Airlines since its inception uphold a responsible attitude to provide services to the general tourists.’’

The incident divided people online who said that as the meals were being thrown away, she should be able to eat the left overs.

The company did not say where the flight was filmed or when it happened but the footage emerged earlier this month.

They explained that each flight aimed to meet the passengers’ demand for meals but there was sometimes a surplus when travellers did not eat the food.

A spokesman added: ”In addition, the crew will also be equipped with adequate crew meals.

”We are deeply sorry about the incident and will never tolerate such acts. Complying with industry standards is a basic requirement for professionals and apologizes for the troubles caused by this incident.” 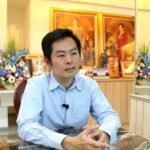