Home » Meet the AI monk: Buddhist robot costing £700,000 is now delivering religious teachings at a 400-year-old temple in the Japanese city of Kyoto

Kannon is designed to attract young people in Kyoto’s ancient Kodaiji temple Based on the traditional Buddhist deity of mercy it is aimed at young people.

The android gave its first sermon at the 1619 temple after a media unveiling Kannon is a collaboration between the zen temple and Osaka University.

An ancient Japanese temple has hired the help of a £700,000 (Y100 million) robot to deliver the teachings of Buddhism.

The android, dubbed Kannon, is based on the traditional Buddhist deity of mercy and is designed to attract young people.

The robo-deity provided its first sermon at Kyoto’s Kodaiji temple, which opened in 1619, on Saturday.

The Android Kannon, which is a Buddhist deity of mercy, was unveiled to the news media before it starts preaching to the public in March

The android project is a collaboration between the zen temple and Hiroshi Ishiguro, professor of intelligent robotics at Osaka University

Only Kannon’s head, neck shoulders and hands are covered in a skin-like material made from silicone.

A video camera is installed in the left eye, which allows it to focus on its subject and give the appearance of making ‘eye contact’.

Each pre-programmed sermon comes from the Heart Sutras in Japanese, with versions translated into English and Chinese for tourists.

Managers at the ancient venue approached Professor Ishiguro in a bid to connect with Japan’s youth.

‘Buddhism spread phenomenally around the world with the emergence of Buddhist images,’ Tensho Goto, a priest at the temple, told the Asahi newspaper.

‘We want many people to come and see the robot and to think about the essence of Buddhism.’

HOW DOES ARTIFICIAL INTELLIGENCE LEARN?
Conventional AI uses input to ‘teach’ an algorithm about a particular subject by feeding it massive amounts of information

AI systems rely on artificial neural networks (ANNs), which try to simulate the way the brain works in order to learn.

ANNs can be trained to recognise patterns in information – including speech, text data, or visual images – and are the basis for a large number of the developments in AI over recent years.

Conventional AI uses input to ‘teach’ an algorithm about a particular subject by feeding it massive amounts of information.

The process of inputting this data can be extremely time consuming, and is limited to one type of knowledge.

A new breed of ANNs called Adversarial Neural Networks pits the wits of two AI bots against each other, which allows them to learn from each other.

This approach is designed to speed up the process of learning, as well as refining the output created by AI systems.

Saudi boy, 14, forges documents and flies to Thailand to ‘escape’ his family after claiming he suffered abuse – weeks after teenage girl also fled and was given asylum in Canada 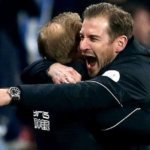