An aged monk was beaten to death on Monday evening, allegedly by a drunken man who came to stay at his temple in Maha Sarakham just two days earlier, say police.

The Wapi Pathum police station was alerted at 7.30pm that the monk, whose lay name is Sombang Kongbutr, 81, was killed inside the small temple in Ban Kaen Thao village in Tambon Phochai, Wapi Pathum district.

Police said the monk, who lived there alone, was hit about his head, face and body with a wooden stick and died at the scene.

Local villagers captured In-oi Chaichoke, 45, from Loei’s Pak Chom district, and handed him over to police.

The man appeared drunk and could not testify, said police. 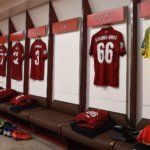