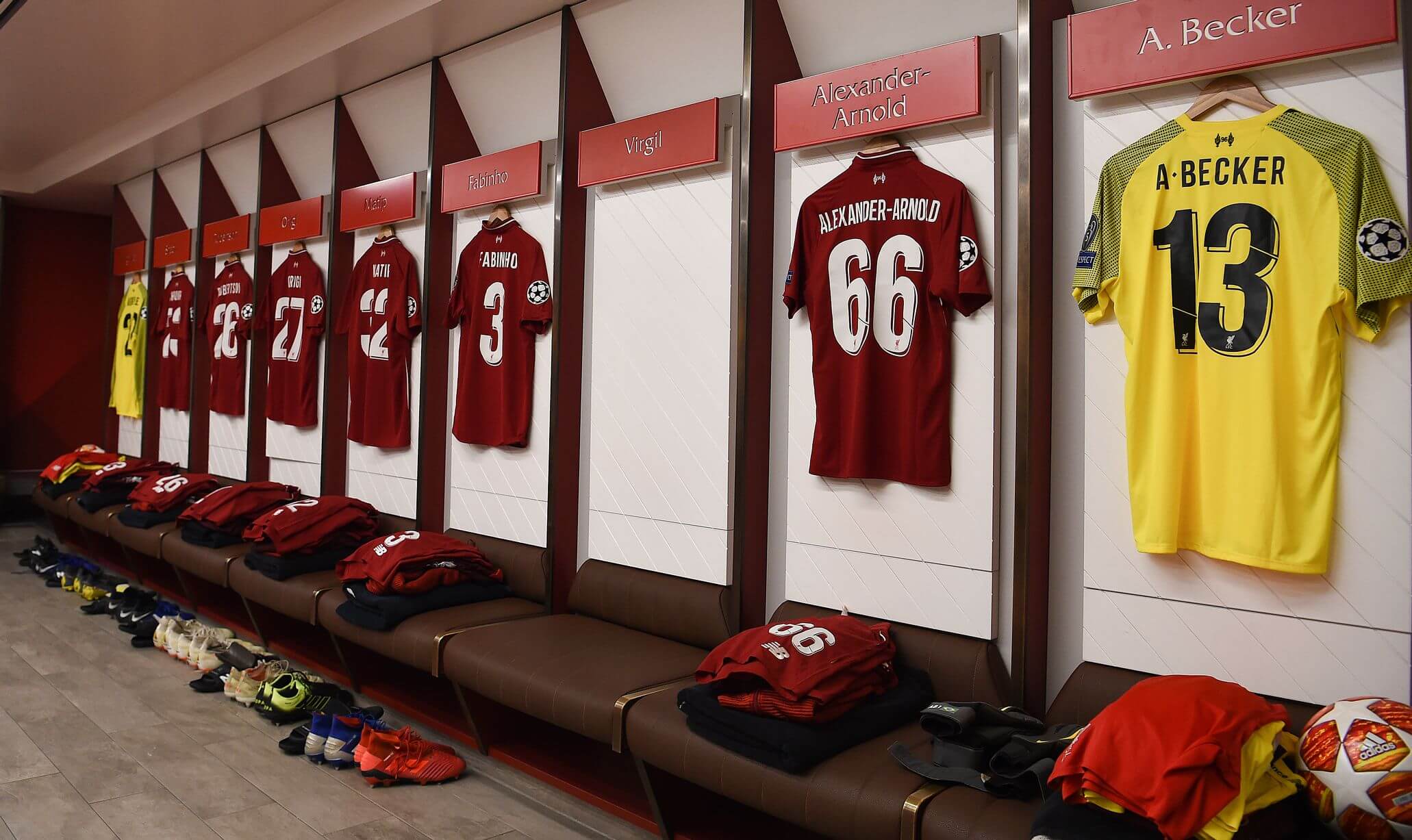 Liverpool, with defensive problems, would have started this game hoping for a clean sheet to take with them to Bayern Munich’s Allianz Arena next month. They achieved that target but will have been disappointed not to have found the net for only the second time at Anfield this season. Back in October Manchester City held them to a goalless draw.

With Virgil van Dijk suspended Jürgen Klopp made one other change from the team that beat Bournemouth last time out with James Milner dropping down to the bench. Trent Alexander-Arnold came in at right back with Jordan Henderson taking Fabinho’s place in midfield. Fabinho dropped back into the centre of the defence to partner Joel Matip.

Bayern made one change from their 3-2 victory over Augsburg with midfielder Leon Goretzka is replacing Javi Martinez.

Liverpool, with Matip looking nervous, made a shaky start but almost found a way through on 12 minutes when Henderson’s long through ball found Mo Salah in space 12 yards from goal. Salah’s left foot flick didn’t have enough power to beat Bayern’s keeper Manuel Neuer. A few seconds later Bayern nearly scored when Serge Gnabry fired in a cross from the right that found Robert Lewandowski. His instinctive shot seemed to hit Liverpool keeper Alisson who appeared not to know a lot about it.

Chances At Both Ends

On 15 minutes Kingsley Coman fired into Liverpool’s side netting after careless play by Alisson and on 23 minutes Salah had a chance with a header at the back post that missed the target.

But the best chance of the half came on 32 minutes when Mane found himself in space 12 yards out. As he spun he miss-hit his shot that trickled wide.

In the second half, Gnabry fired just over from outside the box and Matip found space on the edge of Bayern’s box but totally fluffed his lines. On 84 minutes Mane met Andrew Robertson’s left-wing cross with a fine diving header that Neuer saved down by his right post.

Bayern came to do a job and succeeded but Liverpool were on a mission to keep a clean sheet as well. Had they scored, especially when Mane had his chance on 32 minutes, they might have gone on and comfortably put this tie to bed. But with van Dijk back for the second leg, this should mean fewer nerves from Liverpool and they could be more of a threat going forward.

Man of the match: Jordan Henderson