This upmarket street has been abandoned for more than a decade after residents fled – when an airport opened next door to them.

The housing estate on the outskirts of Bangkok was built in the mid-1990s for well-off locals to retreat to the sprawling fields outside of the capital.

But by 2006, the country’s new airport – one of the busiest in the world – had opened and brought with it constant noise from passenger jets flying overhead.

Unable to stand the constant sound of Boeing 747s and other commercial planes, many of the locals fled – or sold their homes at knock-down prices after the value plummeted.

Airport authorities eventually bought many of the properties as a way to pay compensation to the residents.

Footage taken this week shows how the streets are deserted resembling a ghost town, with airport security guards patrolling and occasional squatters living in the empty homes.

Hom Chaisong, a resident who lives near near the abandoned Mubaan airport subdivision homes, said: ”The homes were very beautiful when they first opened. They are still nice and could be fixed.

”Many of the people who lived there were wealthy already so they could choose to leave. They did not need to tolerate the noise.”

Suvarnabhumi Airport is the main aviation hub into Thailand and catered to more than 63 million passengers in 2018. 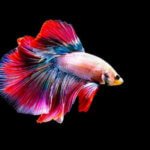