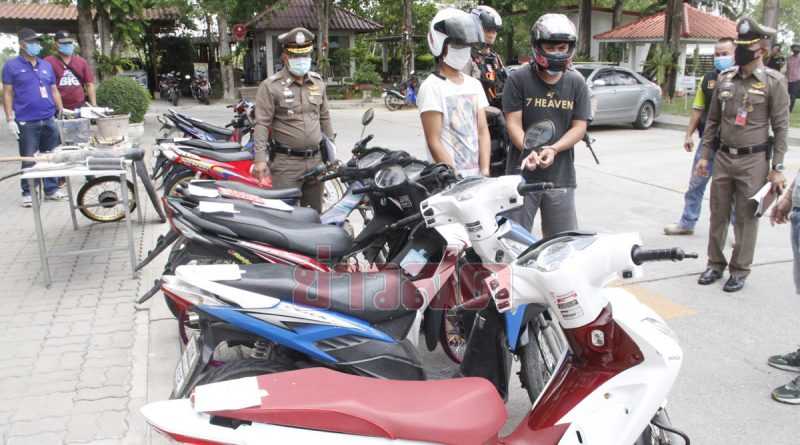 Officials also found evidence including 5 motorbikes that were stolen from Tha Ruea Police Station in Ayutthaya Province. The 2 suspects worked with 4 juveniles and used 4 motorbikes to commit the crime.

The 2 suspects were brought to the Tha Ruea station where they pointed out the exact locations that the stolen motorbikes were parked. Chachwan and Supakij revealed to the police that they had to climb a 1.5-meter fence into the station.

They carried the motorbikes and took them out behind the station and escaped by following the railway tracks. One of the suspects informed the officials of an incident that made them decide to steal 4 motorbikes.

Previously police from the Tha Reau station seized his motorbike as evidence because the bike had been modified into a racing bike.

The suspect wanted his motorbike back and made a plan with 5 other friends. During the night of 22 March 2020, they cut the power off to where the evidence was kept and climbed over the fence. They waited until a train was passing by the station to carry the motorbikes out behind the station.

The 6 teenagers realized that the plan worked and came back a few more times. A total of 5 motorbikes were stolen from the station, including the suspect’s original motorbike.

One of the officers stated that there were a lot of motorbikes parked in the evidence area. He wanted to reorganize the space and started looking into cases.

This is when the officer realized there were missing motorbikes. Investigation police solved the case that led to the arrest of the 2 suspects along with 4 juveniles. All 6 are now in the prosecution process. 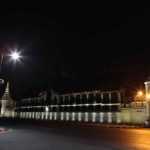 No extension of curfew hours despite many violations 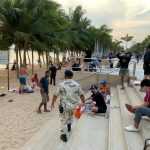