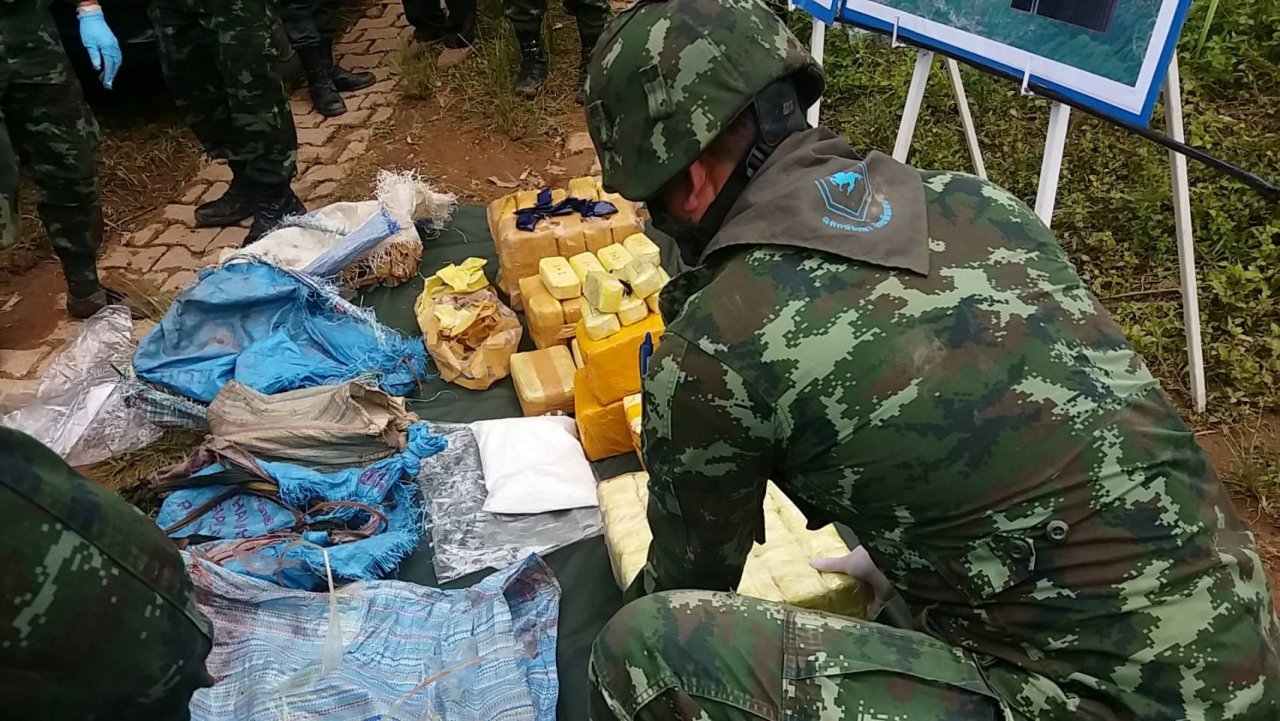 Meth pills seized: Troops clashed with a group of alleged drug mules in a Chiang Rai border district early Monday, after which a body was found and 400,000 methamphetamine pills were seized.

Colonel Kidakorn Chantra, commander of the Pha Muang Task Force, said the clash had occurred at 5am about 3.5 kilometres from the Myanmar border in Ban Pang Mahan village, in Mae Fa Luang district’s Tambon Therdthai.

Kidakorn said that after his task force had received tips that a group of traffickers would attempt to smuggle drugs into the Kingdom at the spot, he had dispatched a unit to stake out the area.

At 5am, his unit saw about 10 men carrying bags and ordered them to halt, but they fired at the troops, resulting in a five-minute gunfight.

Kidakorn said most of the suspects then fled back into the border forest, but the troops found the body of a man aged about 30 to 40.

He had a bag on his person, and three more bags were found nearby.

Each bag was found to contain 100,000 meth pills, the commander added.