krathong Float Buyers: A mother and her daughter have been arrested for allegedly scamming 40 people to buy Bt1.5 million worth of krathong floats made of corn husks.

Surachate said the two created a Facebook page to sell corn-husk floats at prices ranging from Bt25 to Bt200, on condition that each order must have a minimum of 50 units.

Surachate said most buyers did not get the floats after transferring money to the pair while some received only part of their order.

Surachate said the mother and daughter also threatened to file defamation suits against anyone who complained about the alleged scam.

The pair were also accused of cheating some 20 members of Tambon Lan Dok Mai OTOP in Kamphaeng Phet’s Kosumphi district. The pair allegedly took the villagers’ corn-husk floats for reselling but did not pay for them. 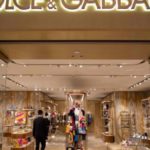