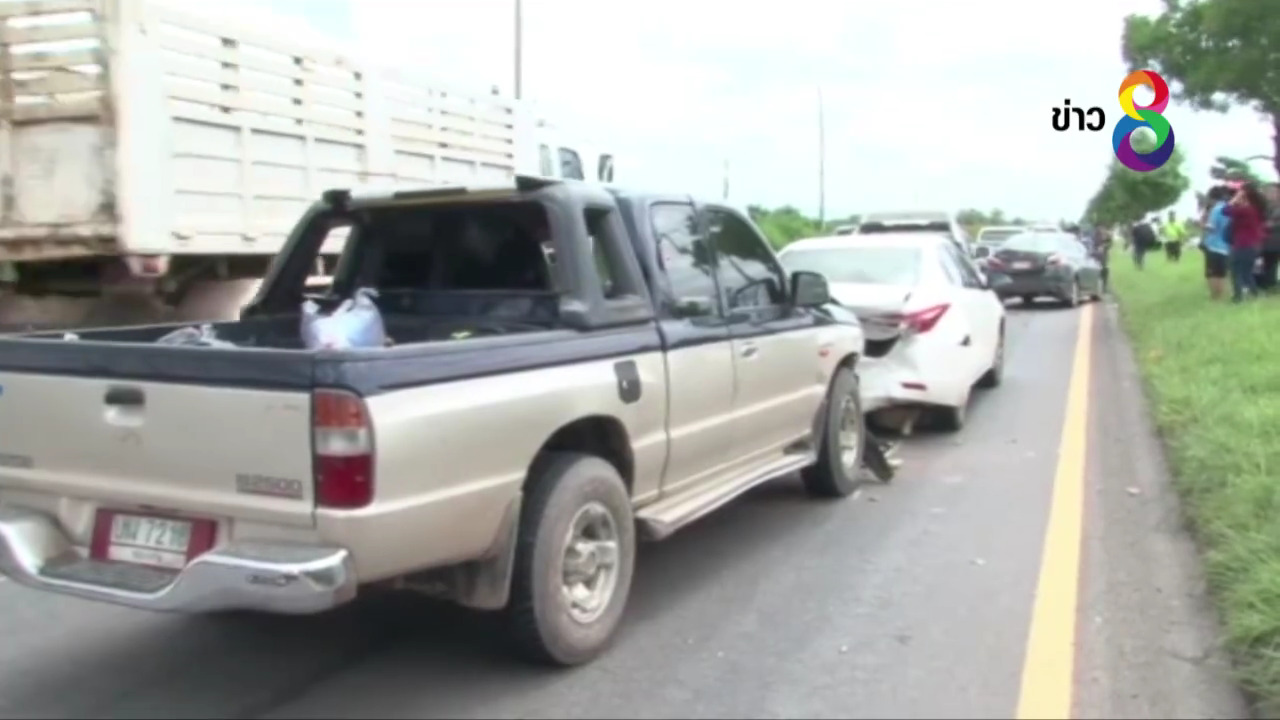 At least 8 cars were involved in a crash on Jasmine Road, outside  Ban Ban, mueang khon kaen district. Some of the cars suffered some heavy damage. There are at least 5 injured people. The crash was a result from heavy smoke due to burning grass alone the street. The smoke had become so heavy that visibility was very much to a minimum

One person involved in the crash had said the the smoke was so bad, no one could see the road ahead

Video: Why you should ALWAYS wear a seatbelt