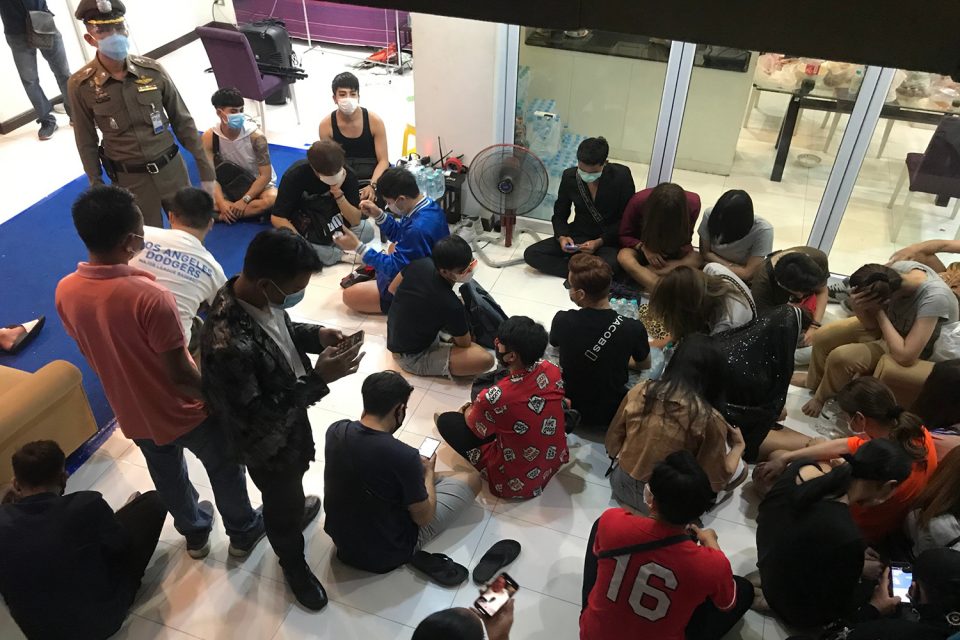 Thirty-two people, most of them transvestites, were arrested on Sunday in a raid on a house in Bang Lamung district for violating the emergency decree prohibiting gatherings that may be conducive to the spread of Covid-19.

The raid on a two-storey luxury house in tambon Nong Prue occurred about 30 minutes after midnight and was conducted by a combined force of local, tourist and immigration police in response to a complaint from local residents.

In the house, they found 27 Thais, four Chinese and one Pakistani national, most of them transvestites. They were live-streaming themselves via the Kwai app, performing in various positions for members to view.

The authorities took their temperatures before taking them to Nong Prue police station, where they were charged with violating the emergency decree. 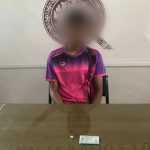 Hungry man asks to be arrested in Phuket 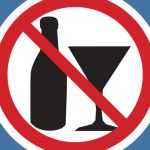