Authorities have announced a 3,000 baht reward per tip-off for information about illegal motorcycle racing on public roads.

According to Deputy National Police Chief Pol Gen Damrongsak Kittiprapas, the public is encouraged to report illegal racing by calling the hotline 1599 or 191, available at all hours of the day.

He also suggested that videos be uploaded to the Center for the Suppression of Illegal Racing on Public Roads’ social media page to raise awareness about the issue.

Following the announcement, Pol Gen Damrongsak convened a meeting with provincial police to develop prevention plans to address racing on public roads, which is expected to increase during the Songkran holiday festival taking place in April.

The Deputy national police chief said the Royal Thai Police have been tasked with addressing the issue and training 18,000 juveniles nationwide to serve as local volunteers and assist authorities in putting an end to street racing in Thailand.

According to a recent report, as many as 1,621 motorcycle racers were arrested between January and February, with 936 cars and 18,936 motorcycles confiscated in the process.

In the month of March, eleven people were arrested and ten vehicles seized.

The detention of five people in Ayutthaya following a tip-off on social media, as well as the detention of an organizer of illegal racers near the city’s Na Ranong intersection, have been among the most notable cases. 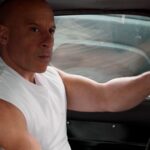 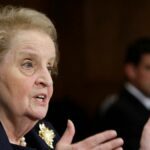