A Thai woman’s complaint led to the arrest of a 42-year-old man and his friend In Chennai. According to police she had allegedly accused them of sexually assaulting and cheating her.

The accused Manoj Jain had allegedly promised the 28-year-old woman that he will marry her and was living with her in Bangkok for the last six years. However, he returned to India, a police release said. The complaint by the woman was sent to Police Commissioner through the Royal Thai Consulate In India

At the time when the accused visited Bangkok, it is alleged that a person named Vikas Kothari, who was a friend of the accused, had allegedly tried to rape her.

Following the completion of the trial, the duo were produced before a local court and sent to prison, the release added.

A case was registered and the investigation was underway, police said.

Women detained in mental hospital after speaking at pro-election rally 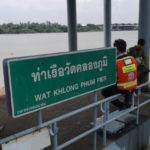