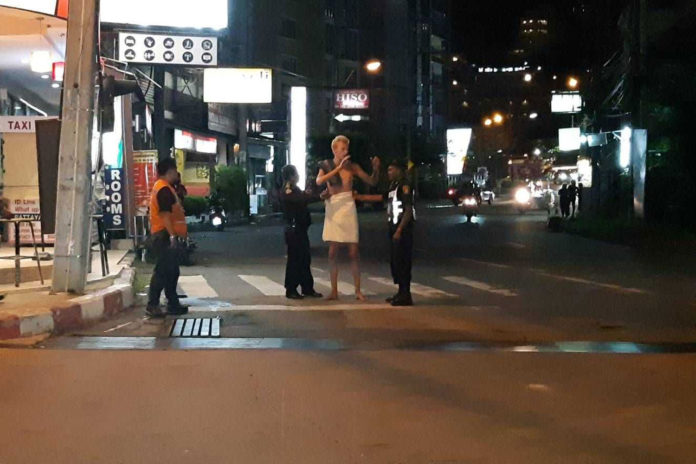 An unidentified foreigner was taken away for treatment after he was seen standing naked at a busy intersection in the city early on Friday morning.

The man was noticed at a three-way intersection near Khao Phra Tamnak in tambon Nong Prue of Bang Lamung district, Chon Buri province, about 1 am.

With the area crowded with tourists, the tall, thin, European stood nonchalant of the attention he was attracting.

Officials called to the scene first offered him a pair of shorts, but he spurned them.

He also tried to take off a towel as they attempted to fasten it around his waist.

Eventually, towel in place, officials managed to sit him down and began calming him.

No one in the area knew the foreigner, who was very obviously not carrying any ID.

He appeared to be mentally disturbed.

Officials finally took the man to Pattaya City Hall, from where they arranged treatment for him.

Welcome to Thailand, just wait over there… 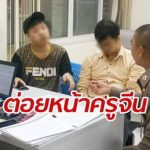