Recently, detectives from the Keelung Police Department received reports that a large group of Thai women were traveling to Keelung under the guise of “sightseeing” while actually engaging in prostitution. After more than a month of searching and locking down Longan Street and Chengong 1st Road, police succeeded in pinpointing three call stations that were arranging arrivals of Thai women to come to Taiwan to engage in prostitution.

By Wednesday, Police felt they had gathered enough information to launch raid, and at 9 p.m. that evening, a taskforce of Keelung police, detectives and immigration officers converged on a brothel located on Railway Street (Keelung’s red-light district). During the raid, police apprehended 20 prostitutes, including 17 Thai nationals and three Taiwanese women, as well as 11 customers.

After an investigation, police found that the majority of the Thai women had come to Taiwan on tourist visas and their suitcases were still covered with airport customs stickers. After being questioned by police, the sex ring leader confessed to running the operation and said that the fee each woman charged for 15 minutes of sexual services was NT$1,000, of which the prostitutes would receive NT$600, while the brothel manager would take NT$400.

Police said that three organizers of the ring were transferred to the Keelung Prosecutor’s Office for violating Article 234 of Criminal Code by having the women commit obscene acts, which could result in a prison sentence of up to two years. The 17 Thai women will be transferred to the National Immigration Agency, which will handle their detention and eventual deportation back to Thailand.

The customers and Taiwanese prostitutes could faces fines up to NT$30,000 for violating the Social Order Maintenance Act. TN – EP 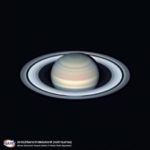 No telescope needed to see Saturn on June 27