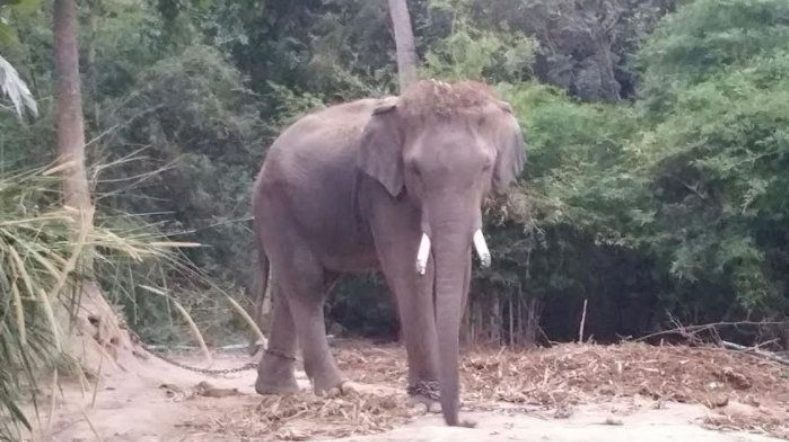 A Chinese guide was killed and two others were injured by an elephant on a rampage at the Golden Triangle fruit orchard in Chonburi yesterday.

The victim was a 34-year-old Chinese man who worked as a tour guide. He was reportedly kicked by a 17-year-old male elephant named Uthen and died at the scene. Two tourists received minor injuries.

Mahout Yu Yungram, 37, said that he was taking two Chinese tourists on an elephant ride around the orchard when they encountered a dozen other Chinese tourists. Yu said he tried to tell his charges not to go near the elephant, but the tourists began taking selfies, and one of them allegedly pulled the bull’s tail and angered it, Sanook reported.

Sakda Malee, a security guard at the fruit orchard, said that when the bull ran, everybody panicked and scattered in different directions.

One of the tourists who was riding the elephant fell, the other was able to hang on and got down to the ground safely when Uthen was calm.

Police will question the witnesses and find out the cause of the incident. No one has been charged.

Elephant tourism annually draws millions of tourists to Thailand, but over the last several years, the plight of captive Asian elephants has come to light as people debate whether elephant tourism is animal abuse.

Read Coconuts Bangkok’s feature on elephant tourism, which we asked experts to weigh in on whether or not there is any ethical elephant tourism in Thailand and how tourists should proceed.