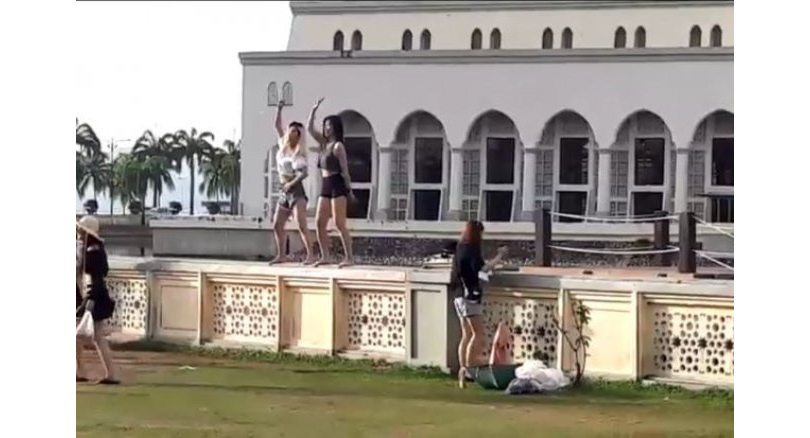 KOTA KINABALU – Tourism authorities have opted not to take legal action against two scantily clad tourists who filmed themselves gyrating in front of the Kota Kinabalu mosque in northern Borneo.

State Tourism, Culture and Environment Minister Christina Liew explained they believe the tourists were unaware of the severity of their actions.

“But we want to identify and fine them so that we can explain that something they deemed as ‘fun’ was actually disrespectful and not right in Sabah, especially at places of worship,” she said yesterday.

Liew, who is Deputy Chief Minister, said the tour operator who had brought the tourists to the mosque would be fined.

“We want to remind and warn all tour operators to inform their customers to refrain from acting disrespectfully at holy sites, all places of worships and areas of sensitivity in Sabah,” Liew said.

On Sunday, a viral video clip showing two women, believed to be tourists, dancing and acting on the balustrade in front of the iconic building caused uproar among netizens.

In response, tourists have been temporarily barred from visiting the mosque.

Mosque chairman Jamal Sakaran said the incident was regrettable as tourists are usually briefed on the dos and don’ts of visiting the place of worship. “Our immediate action is to close this mosque to visitors.

All express buses, Grab cars and taxis are not allowed to bring tourists to the mosque compound,” he said in a statement on Sunday. He also said that the mosque management will also be hiring more people to guard the building and its compound. 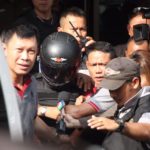 Court appearance on Tuesday for suspect in body butchering case