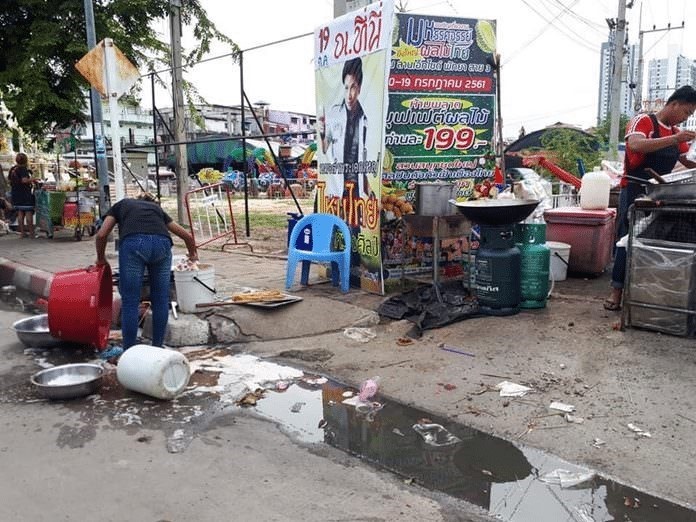 The real reason Pattaya continually floods is so simple to understand, and easy to x, that it is surprising nobody on the City’s authority hasn’t already tackled it.

In Pattaya, there are thousands of street food vendors offering anything from noodle soups to meat pies circulating the city almost 24hours a day.

There are food markets all over town offering both cooked and uncooked products every afternoon and evening.

And, at the end of each shift, every single one of them pours their leftovers into the nearest drain. So far so good, you might think.

The problem comes when it doesn’t rain, because then this food waste lays rotting in the drain only a few feet from the street surface.

Then, later on in the evening the taxi drivers come along, park up and place a mat, or ragged piece of carpet over the drain so they are not disturbed by the smell of the food vendor’s festering waste.

When it does rain, thousands of drains around the city are covered up and nobody thinks to remove the mats.

And so the streets flood and everybody blames the local authority.

Well, somebody recently seems to have, at least, partially worked it out. They are finally on the right lines

City spokesman Pinit Maneerat said that ONE vendor was cited for littering and creating an untidy area.

He has been fined 1,000 baht and warned that a heavier fine and jail time would follow if he does it again.

City Hall inspectors also witnessed several other vendors dumping food waste into sewers, but they ran away and avoided fines.

Pinit said the market will now be monitored to make sure litter and food is disposed of legally.

They might also want to patrol Soi Buakhoa and every other soi removing all the old carpet from the drain tops and start fining everybody who puts them back.

Until then, the flooding continues. 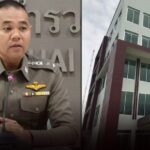 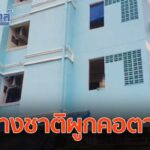