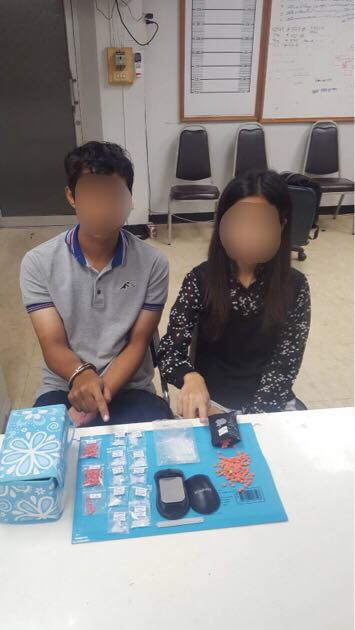 Yesterday (May 27) a team of Phuket City Police led by Capt Teerasak Narasri arrested a 22 year old woman Chenuya ‘Kim’ Thepsing from Lampang and 26 year old Naruebet ‘Net’ Paparnsit from Trang at a hotel room on Patipat Road in Phuket Town in relation to possession of drugs.

Police seized 227 methamphetamine pills and 6.63 grams of crystal methamphetamine. Chenuya and Naruebet were taken to the Phuket City Police Station where they have been charged with possession of Category 1 drug with intent to sell.

The arrest came after police received a tip-off that Chenuya and Naruebet had checked in at the hotel on May 20. On Saturday (May 26), a man named only as ‘Nat’ had allegedly sold drugs to them for the amount of 13,000 baht.

They kept drugs in the room. Police arrested Chenuya and Naruebet as they were entering their room. 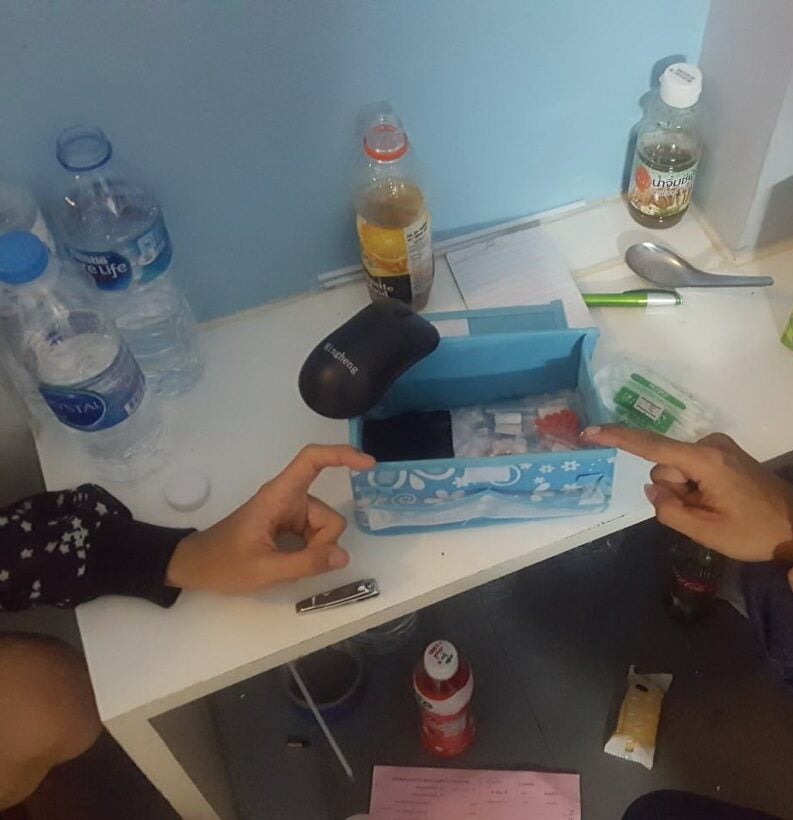 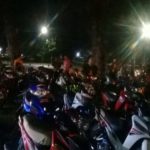