An entire herd of water buffalo’s was tragically killed last night after they were hit by a train in northern Nakhon Sawan province.

Twenty-one buffalo’s, believed to belong to a local in the area, died after they were hit by by a Chiang Mai – Nakhon Sawan train, about two kilometers from Nakhon Sawan station.

The train derailed but did not flip over. No injuries of passengers were reported.

The accident delayed some of the train routes last night, as rescue volunteers took over four hours to remove the dead buffalo’s from the tracks.
While State Railway of Thailand is supposed to compensate the owner of the buffalo’s, no one has come forward to claim ownership yet. Source: Coconuts Bangkok 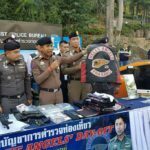 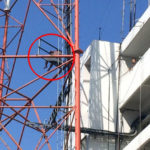 Despitate man threatens to jump from top of police tower