Celebrities round on DJ Khaled after he reveals he could never perform oral sex on his wife and believes she should praise him like a king
DJ Khaled has come under fire his remarks that he does not perform oral sex on his wife but it is ‘not okay’ if she did the same
Dwayne ‘The Rock’ Johnson and Evan Rachel Wood have tweeted in response
Wood said the 42-year-old record producer ‘should grow up’ while the The Rock said he personally takes ‘pride in mastering ALL performances’
Other Twitter-users said his comments were misogynistic.
Celebrities have blasted DJ Khaled after the music mogul said that he could ‘never’ perform oral sex but it’s ‘not okay’ if his wife did the same.
The 42-year-old record producer has come under fire for his remarks about the relationship he has with his wife of 11 years Nicole Tuck, after a radio interview from 2015 resurfaced where he claimed that ‘the woman should praise the man, the king.’
Stars including Dwayne ‘The Rock’ Johnson and actress Evan Rachel Wood took to Twitter to respond to his comments, with Wood saying Khaled ‘should grow up’.
Meanwhile other fans are have called the comments misogynistic.
‘If you hold it down for your woman, then the woman should praise… and the man should praise the Queen but you know… my way of praising is… how was dinner? You like the house you living in? You like all those clothes you’re getting?’
When asked by the show’s female host if his remarks meant he didn’t perform oral sex, DJ Khaled said: ‘Nah, never. No, I can’t do that. I don’t do that.’
The host then asked if his wife could refuse to do the same, but he was quick to respond: ‘No that’s not OK, because you have to understand I am the don, I am the King… I am the King of the house.
‘It’s different rules for men. We the King. There’s some things that y’all don’t want to do but got to get done.’
He then added: ‘I just can’t do what you want me to do. I just can’t.’
Author and filmmaker Emily Lindin took to Twitter to call the DJ’s comments misogynistic.
‘If oral sex isn’t DJ Khaled’s thing, WHATEVER, but professing that you withhold sexual pleasure from your wife because you support her financially is misogynist and suggests an abusive mindset,’ she wrote.
Celebrities and fans alike flocked to Twitter to hit back at the record producer about his comments, with Dwayne ‘The Rock’ Johnson even chiming in as he tweeted: ‘Ahem.. *clears throat* as a man, I take great pride in mastering ALL performances. This is probably a little TMI.. I will not quietly excuse myself from this fun thread.’
While Westworld star Evan Rachel Wood made a more direct jab, as she wrote: ‘You’re seriously missing out man. Take it from someone who has pride and thoroughly enjoys pleasuring women.’
Before adding: ‘You should grow up.’
American comedian Billy Eichner, 39, wrote: ‘Sending thoughts and prayers to DJ Khaled’s wife’s vagina.’
Lauren Giraldo had some choice words for the DJ’s sexist comments, as she wrote: ‘does dj khaled live in 1950.’
Actress Brittany Furlan took a more amusing approach with her comments, as she said: ‘Wow I thought DJ Khaled ate everything. Apparently not.’
DJ Khaled is currently on holiday with his family, and has yet to respond to the slew of criticisms he has received since his controversial interview resurfaced. IPOS – EP 10 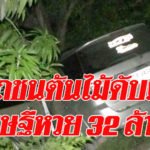