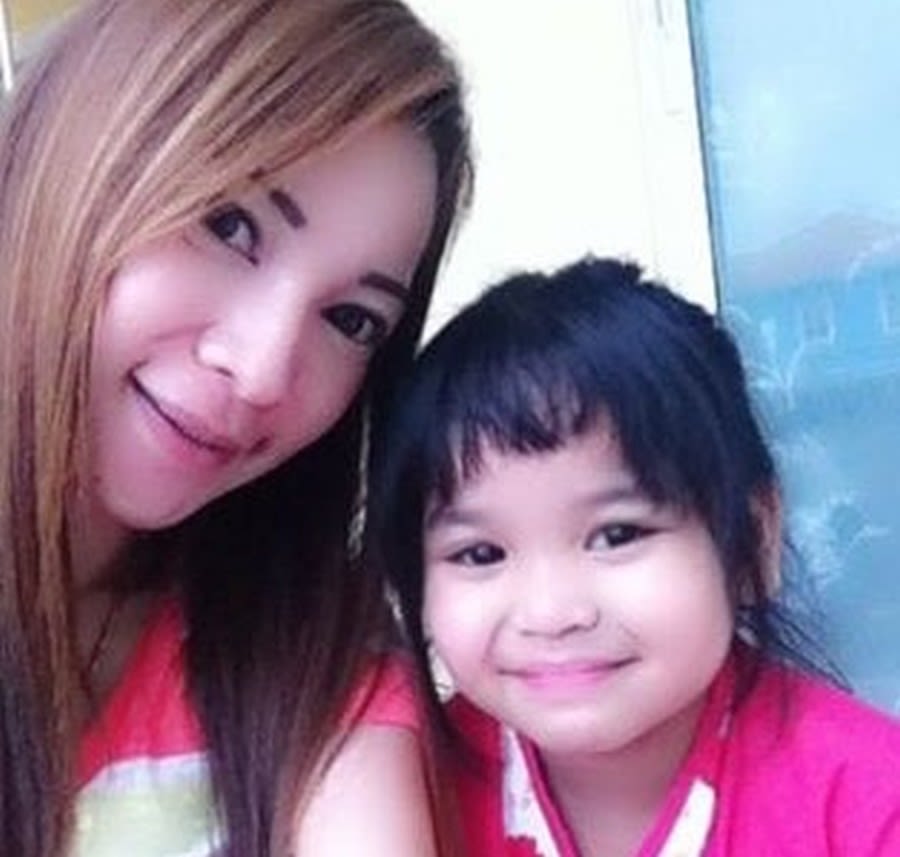 An alarming gurgling noise alerts her mother, Saranya Chamni, who rushes to her bedside and begins deftly assembling a suction device.

Her aunt gently moves her head, trying to help clear her airway.

It is a flawless and heartbreakingly well-rehearsed routine.

This is their daily life now, a lasting legacy of Thailand’s killer roads.

In 2014, Saranya’s husband, Panuthat, and then five-year-old Cartoon were outside the family’s shop on the outskirts of Bangkok when a speeding pick-up truck ploughed into them.

“I was in the kitchen and my husband and daughter were packing tables outside when I heard a very loud noise,” Saranya remembers.

“When I ran out, I saw a pick-up truck hit the shop. I ran around searching for my husband and daughter. I found them lying down, hugging each.

“I hailed a passing car asking the driver to bring my daughter to the hospital while I stayed with my husband… he died at the scene.”

Medics tried to revive Panuthat for 30 minutes, giving him CPR by the side of the road, but it was hopeless.

When he saw the pick-up truck coming, he used his own body to shield his daughter. He was hit with such force his injuries were catastrophic.

At the hospital, Saranya was told her five-year-old had also suffered devastating damage. Doctors told her to prepare herself; that Cartoon would be dead by morning.

They were wrong. Cartoon survived but has been left with severe brain damage.

She is paralysed and blind, she cannot speak, she can only move her eyes.

Her family’s lounge has been transformed into a makeshift hospital room where relatives take turns providing the 24-hour care that she needs.

Saranya is now the main breadwinner and also the main carer.

The driver responsible for paralysing a child and killing her dad got a year’s jail sentence and couldn’t afford to pay the compensation needed to cover the hospital bills.

This is not an isolated tragedy.

At least 20,000 people die on Thailand’s roads every year, making them the ninth most dangerous in the world, according to research by the World Health Organisation (WHO). In the UK – a country with a similar sized population – the figure is about 1,800, according to the WHO report.

Saranya believes roads won’t get safer until punishments get tougher.

“There are many things in the judicial system that help the people who commit the crimes more than victims like us,” she says.

“I really think that the punishments in our country are light so people are not afraid of doing wrong.”

On average, 62 people are killed in crashes every day in Thailand, with motorbike riders and pedestrians most at risk.

It’s the job of a network of state ambulances, independent charities and volunteers to respond to incidents when they happen, and they happen often.

“In Thailand, people have car crashes and motorcycle crashes every day, maybe every hour,” explains Patipon Chautoluang, a volunteer medic with Ruamkatanyu Foundation, who we join on shift in Bangkok.

Within minutes of us starting, the first call comes in – reports of a crash involving a motorcycle a few kilometres from base.

The radio rattles with constant updates as we speed through the city’s streets.

“Yes,” Patipon replies, then he is out of the door and into the action.

The medics quickly assess the two men who have fallen from a motorbike, deciding whether they need to call in back-up from better equipped state ambulances or if they can be treated at the scene.

One of the men has injured his leg but the other may be more serious.

“He wasn’t wearing a helmet,” Patipon explains. They are worried about possible head injuries.

They quickly strap him to a trolley and transport him to hospital for further checks, before getting back out on the road for the next call.

74% of all Thai road deaths are drivers of two- or three-wheeled vehicles according to WHO’s 2018 report on global road safety.

Patipon’s brother was wearing a helmet when he was hit by a car. His death is the reason Patipon became a volunteer first responder.

“I’m okay, I’m okay. Take care of mother,” Patipon says he remembers his brother telling him as he lay injured in the road.

“But he went to hospital and went to sleep and didn’t wake up again. I wanted to help him but I couldn’t because I didn’t have the experience. Now I can help other people.”

Despite various government pledges, deaths on Thailand’s roads have hovered at around 20,000 every year for the last decade.

By 2021, they’re promising to try to cut that by around 40-45% – but after spending just a few days with the first responders, that target seems utterly unobtainable.

Just 20% of motorbike passengers in Thailand wear a helmet – WHO

At one scene, a car has driven into a canal.

When we arrive it’s totally submerged.

On first glance it seems impossible anyone could have escaped, but then we see a man shivering on the bank.

He tells me he managed to prise open the door before the car sank.

“Had you been drinking?” I ask.

“A little bit, just a glass or two but not to the level of being unconscious,” he says.

Night after night the cycle continues. The country which has managed to keep COVID-19 deaths to 58 has already lost more than 8,000 people this year to crashes, according to campaigners.

I ask Patipon why he thinks Thailand can seemingly control coronavirus, but can’t dramatically cut the number of people killed on the roads.

“The authorities and the people, so we could control it. But with road accidents, we do not take them seriously.”

He believes corruption is also a massive obstacle to lasting change, claiming people with money and power often buy their way out of trouble, something the authorities deny.

“Corruption, patronage, lifestyle – it always comes back to these three big problems,” he says.

“People use corruption to get away from what they did wrong… it’s like they buy a licence for doing wrong, and buying it’s not that expensive. They make it affordable to everybody.”

The government says it is unacceptable for officials to take bribes and it’s serious about tackling the issue. Anyone caught could face criminal charges.

The Department of Disaster Prevention and Mitigation is responsible for road safety.

Its deputy director general Chestha Mosikarat says sentences for dangerous drivers are tough and Thailand is working on a new safety plan which will be launched in 2022.

While it’s unclear if they’ll meet next year’s target to reduce road deaths, he is confident in the future they can control the problem, just as they are currently controlling COVID-19.

“There is a masterplan to solve various problems in order to decrease the death toll. I think in the next 10 years, if we can work according to the plan, solving problems on vehicles, roads, the environment, people’s behaviour, and gain people’s cooperation, I think Thailand can achieve the goal, as we did for COVID.”

But during the next decade, tens of thousands more Thais will die in crashes while they wait for change.

This year, death tolls are down slightly, but unbelievably it’s COVID-19 that’s inadvertently saved hundreds of lives on Thailand’s roads.

Lockdown, curfew, the cancellation of the Songkran public holiday and an alcohol ban kept people at home and meant around 700 fewer died in crashes in April compared to the same period in 2019.

The pandemic forced a temporary shift in drivers’ behaviour but keeping road deaths low in the long term requires a total reset. 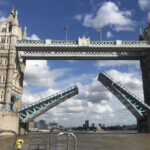 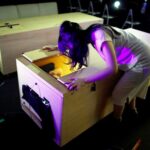