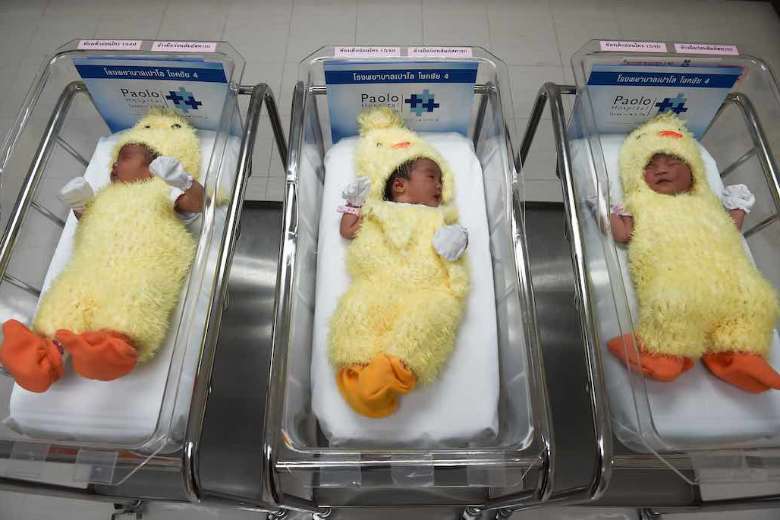 Thailand’s sliding birth rate, which hit a record low last year, is ringing alarm bells in the corridors of government. The long-term socioeconomic consequences of this phenomenon are being fully grasped at various levels, prompting the government to seek urgent measures to boost the birth rate.

Many state agencies are looking for new incentives to encourage singles to marry and for couples to have children.

Thailand has been entering an aging society since 2005, due to the declining fertility rate and the improving healthcare system which is helping people live longer.

According to the World Health Organization, when a country’s TFR – the average number of children born to a woman over her lifetime – goes under 2.1, its proportion of the elderly population will surge.

A choice parents are making

The average Thai family has only 1.3 children while it should have two or more, but many factors are behind the sliding birth rate, such as the modern lifestyle, the choice to remain single, or couples choosing not to have children, according to health experts.

Many couples complain about the high cost of raising children until they reach adulthood, as a result, they choose to have just one child or two children.

Orapak Sriyapai, a 52-year-old Thai, has two children, but she calls for more welfare support from the government.

“What we want is free education in order to reduce our cost of raising children,” said Orapak, whose two teenage sons are 14 and 15 years old.

Free education and free lunch until the children end higher secondary school would help, she suggested.

Though the government has implemented a 15-year free education scheme — an early childhood to the completion of basic education — but in practice parents still have to shoulder some expense at schools, she complained.

The cost of nurseries is high. it is very difficult for a young couple to look after their babies when they have to work for a living, said Orapak.

Medical bills of children are also of concern to parents. The government has a universal scheme, but parents have to wait in a line, and if they opt for private hospitals, the charges are much higher than at state welfare hospitals.

Even worse, parents whose kids suffer from various illnesses since birth, have to shoulder the enormous financial and emotional burdens, she said.

Orapak’s younger son has autism, which increases the cost of taking care of him. She has to keep him at home and hire a private teacher to teach him how to write and read.

Cost of raising a child

It costs approximately Bt1.5 million ($45,500) to raise a child till the age of 21, excluding state welfare, according to an NESDC study that employed the National Transfer Account approach.

An average worker who will live until age 90 needs to earn Bt3.1 million. If he has to look after a child and an elderly person, he needs a total of Bt7.2 million, says the study.

But the current incomes of the average Thai worker do not meet their consumption expenses; their earnings are about Bt30,000 less than their spending. They have to dig into their assets, get cash transfers from others or subsidies from the government to compensate for the income shortfall.

In 2019, an average family had savings of Bt133,256, and one-fifth of families had savings for less than three months of spending. If savings and income do not increase, it will pile pressure on the government budget, according to the study.

The government currently provides a child grant of Bt600 a month for a newborn until six years old in cases where the family members’ annual income is below Bt100,000.

In response to a question on whether sufficient child welfare may tackle the low birth rate issue, Somchai Jitsuchon, research director at Thailand Development Research Institute, said he did not think so. Increasing grants for children will not affect the birth rate much, but it depends on how much is sufficient, he said. “Normally the benefit must be extremely high to compensate for the opportunity cost of raising a good-quality child,” said Somchai.

There is no magic pill, while some evidence suggests that allowing paternity leave could make couples more willing to have more children, but it has never been implemented in Thailand, he said.

Somchai, however, supports the idea of encouraging singles to marry and have children.

The low birth rate has contributed to a shortage of labor. Thailand can import more laborers in the short to medium term, but it would be better to increase the quality of our labor in all ages, he added.

“The high cost of education has definitely discouraged couples from having more children,” said Pumsaran Tongliemnak, an education economist at Equitable Education Research Institute. It is not only an issue in Thailand, but it is a global trend, and parents in the United States and China also share the same concerns, he said.

The cost of enabling access to high-quality education is really steep. For example, in Thailand, the tuition fees at international schools is 100 times higher than at public schools, he pointed out.

Public schools need to recruit talented teachers. The government needs to provide more subsidies to reduce the cost for parents of sending their children to study English programs or gifted programs currently available at public schools, he suggested.

He did not think influencers could persuade couples to have more children. But adequate social welfare may solve the problem. As Thailand suffers from an unequal society, only a few families can afford high-quality education. The majority can only access mediocre or low-quality education, he argued.

Students from high-income families are concentrated in a few high-quality schools, a similar situation as in Latin American countries. The majority of students are trapped in schools not having adequate material and personnel resources. This is a serious issue for Thailand, he added.

Satit Pitutecha, deputy minister of Public Health, said the ministry would propose to the government to invest more on human capital, especially child support, in order to reduce the cost of raising children for parents.

One idea proposed by a medical doctor is to make changes to the surrogacy law in order to help childless couples through assisted reproductive technologies. The current law prohibits commercial surrogacy.

The Cabinet recently approved a proposal to allow maternity leave (for state officials) for six months, up from four months, and earn 50 percent of salary. Paternity leave of 15 days will also be allowed. It is expected to take some time before these proposals are implemented. 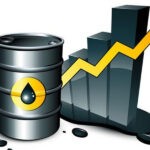